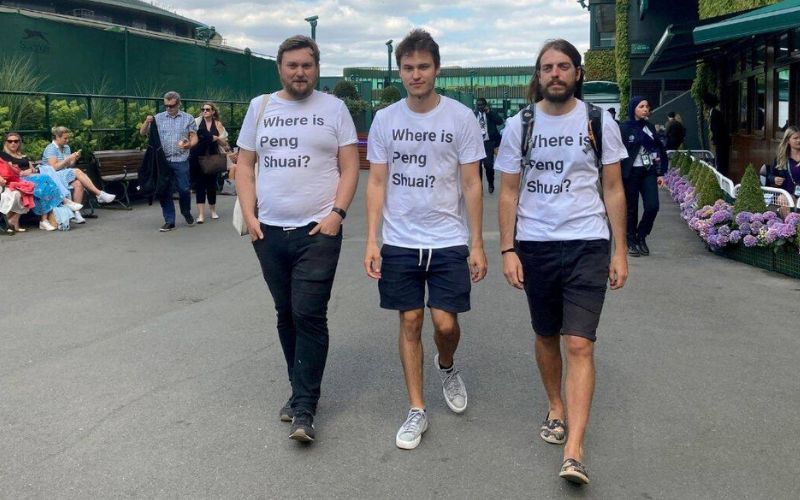 Tibetan activists wearing 'Where is Peng Shuai?' T-shirts at Wimbledon challenged by security

Wimbledon : A group of four men representing the Free Tibet human rights organisation were challenged by security while walking around the All England Club grounds wearing the shirts. They were stopped and searched and told not to approach other spectators about Chinese tennis player Peng, with security adding that if there were more of them it would be a "problem".

"We were peacefully walking around the grounds, occasionally talking to people about Peng Shuai," Free Tibet representative Will Hoyles told Telegraph Sport.

Peng is a retired professional tennis player from China who last year accused a former high-ranking member of the country’s ruling Communist Party of sexual assault. She has made very few public appearances since then.

"We were getting huge support from people around the grounds. At one point security staff started questioning us and when we said we were just talking to people she told us not to approach people and that Wimbledon wants to remain politically neutral.

"Peng Shuai is still not free and WTA agrees. Wimbledon should be speaking out for her release and not trying to stop tennis fans discussing human rights."