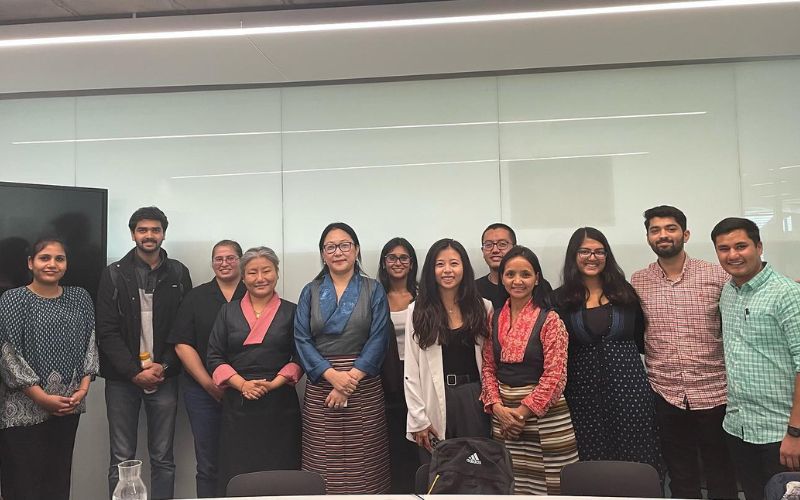 Geneva: Central Tibet Administration’s Kalon Norzin Dolma of Department of information and international relations has reached Switzerland for bilateral and multi-lateral engagements on Tibet following visit to Italy. Kalon interacted with a group of students at the event of student initiative on Asia at the Graduate Institute on the topic: “Navigating the Diplomatic Landscape: The Case of Tibet” on 05 October 2022.

Furthermore, the President of Geneva Tibetan community Yonga Tsetutsang also joined the meeting. Kalon Dolma thanked Hon’ble Walder and Hon’ble Fehlmann for standing and speaking up for Tibet and fundamental rights of the Tibetan people at the parliamentary level.

Kalon Dolma also thanked and paid respect to the dedication and determination of French-speaking part of Swiss-Tibetan friendship association for being with Tibet for all these years. Kalon said support from Friends of Tibet has been constant source of inspiration for Tibetans and urge to shower continue attention support for Tibet in all years to come.

Kalon Dolma spoke about CTA’s general position on the reincarnation matters relating to His Holiness the Dalai Lama at the event sidelining 51st UNHRC session. CTA thanks Special Co-Ordinator on Tibetan Issues Under-Secretary Uzra Zeya for her strong support to the religious freedom of Tibetans and also thanks all the co-sponsors of the event.