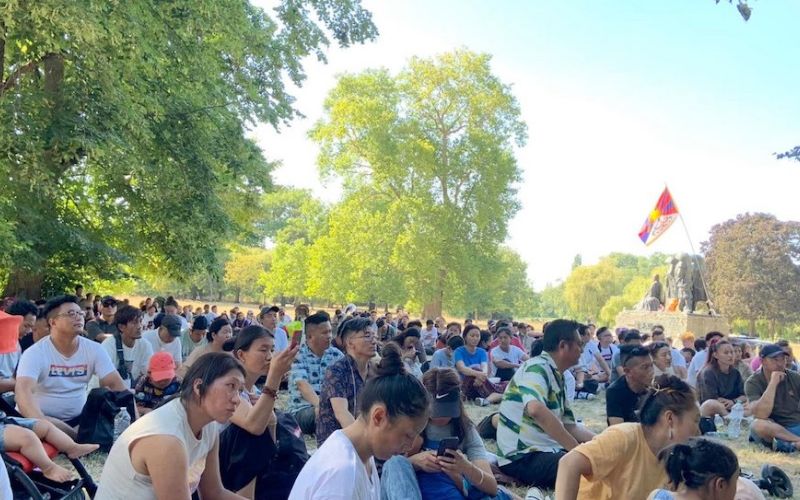 Tibetan man killed at a Chinese restaurant in France

Dharamshala: The Tibetan community in France is enraged at the brutal murder of a Tibetan man named Tsultrim who was allegedly stabbed to death by his Chinese employer at a restaurant in northern French town of Saint-Léonard on Monday. The diasporic community has since expressed outcry and grief over the unfortunate death. “The accused Chinese employer does not have a very good reputation with Tibetans; he had previously employed a few Tibetans who claimed that they were sacked unreasonably within a week. In the case of deceased, he had just started working at the same Chinese restaurant only a few days back.” Tenzin Namgyal from Paris told Phayul about the developing story.

“Judicial police has taken up the case and they are treating it as a deliberate murder case. We are waiting for the result of the autopsy, which will release more details of the case soon,” Te Nam further said. As per sources, the 32-year-old had been in France since 2014 and was originally from Lithang, Kham. Following the news of Tsultrim’s death, many Tibetans in France reportedly left work from Chinese restaurants, as seen in multiple videos shared on social media to protest against the Chinese employers and in solidarity for the slain Tibetan man.

This death has also raised questions regarding the status of Tibetans in the West, and how livelihood compels Tibetans to take up jobs that have lesser remuneration but are readily available. “It is very difficult to get a job in France if you don’t know the language. It is much easier to get a job in restaurants, especially a Chinese one, but not happily as we all know,” he further said.

Various Tibetan associations based in France have organized a peace march on Sunday in Paris from Place de la Bastille to République in the memory of the deceased and to show solidarity with the victim’s family. Another march will take place in Saint-Léonard on Monday, followed by a prayer gathering on July 24.

The situation escalated further as multiple videos surfaced online on Thursday of Tibetans vandalizing the Chinese restaurant where the Tibetan man died. The windows were broken, and a car outside the restaurant was turned over in the videos circulated widely on social media platforms. Although the place was already sealed by the French police, mob violence would possibly harm the case of the victim, netizens opined.