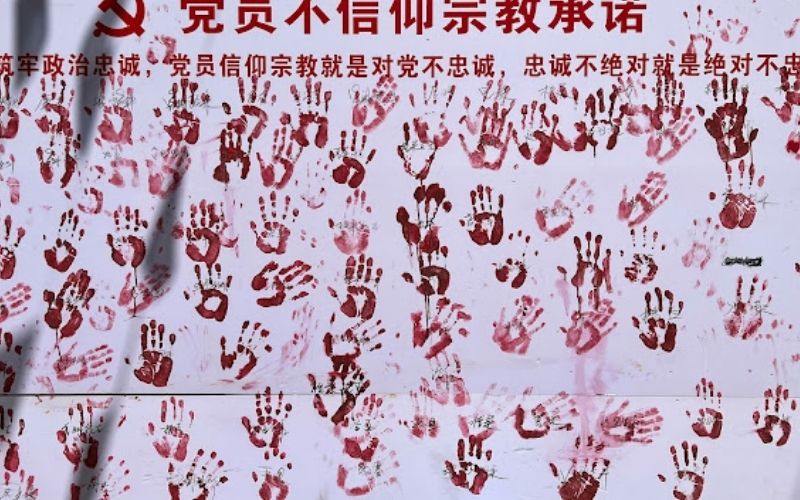 Since July this year, party organizations at all levels in the Tibet Autonomous Region have held meetings with party members and cadres, and held a study activity on the theme of "Explaining and Criticizing the Reactionary Nature of the Fourteenth Dalai Lama" for the anti-separatist struggle, reported the group.

In addition, the authorities forced Tibetan party members to sign on the exhibition board promising to "do not believe in religion, do not preach", etc., and press their palm prints. The exhibition board shows that whether or not one believes in religion has become an assessment indicator for the "political loyalty" of Tibetan party members and cadres in the autonomous region, added the report.

The report added that since the beginning of this year, several Tibetan self-immolation incidents have occurred in various parts of the Tibetan area, and the 20th National Congress of the Communist Party of China is just around the corner. The situation of maintaining stability in Tibet is extremely severe, observed the group.