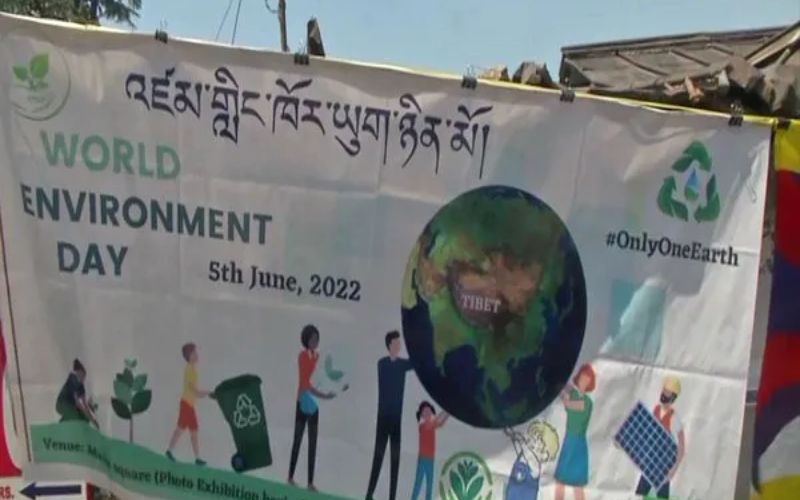 Dharamshala: On the occasion of World Environment Day, the women association of the Tibet community has organized an awareness programmed in Dharamshala to highlight Tibet’s environmental crisis due to the Chinese government.”

Lhamo, joint Secretary of TWA highlighted the importance of nature and urged China to restrain from its action. “We want China to restrain from what they are doing right now and we hope they will realize one day that whatever they are doing is not good for the earth,” She further said that the association raised global awareness every year on June 5 to positive environmental actions to protect the earth.

Wangmo, an environment officer, TWA, said that the association is working for a global awareness to protect the environment by doing action to take care of the earth.

“This year’s theme on World Environment Day is ‘only one earth’. This is something where billions and trillions of people are living on the earth and humanity should safeguard that. this is important for us to take care of the earth due to climate change and global warming. To honor the day, we have exhibited a few photos to show the situation of Tibet’s environment due to the Chinese government.”

To mark the importance of ‘Mother Nature’, World Environment Day is celebrated each year on June 5 to spread awareness regarding the protection and nurturing of the environment to make Earth a better place to live.

Speaking of the history behind this day, World Environment Day was established in 1972 by the UN General Assembly at the time of the Stockholm Conference and the day was first celebrated in the year 1974.