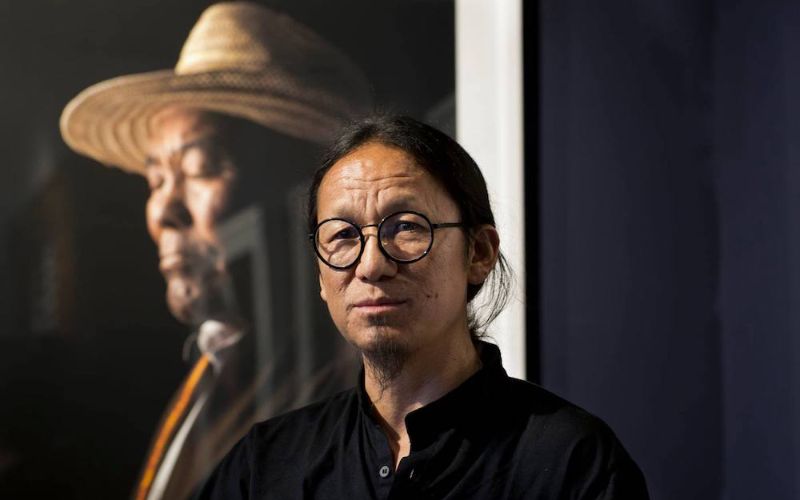 Dharamshala: Noted Tibetan poet and writer, Bhuchung D. Sonam, based in Dharamshala, has been awarded the Ostana Prize youth award for his writing, especially through his translation work bringing focus to Tibetan language and literature.

“I am extremely honored to be given this award, which brings recognition for Tibetan language and culture that are being eliminated in Tibet under China. In Exile too the language faces challenges due to continuous migration of Tibetans from India and Nepal to the West,” Bhuchung said in the press release on Wednesday.

The poet’s recently published Tibetan reader titled ‘Under the Blue Skies’ featuring writings from 30 noted writers in the exile community, has been approved to be introduced as complimentary reading in Tibetan schools from 9th grade. “Translation is a powerful tool. It is a bridge that connects languages and cultures. In the case of Tibet, translation from and into English allows the Tibetan literature to be widely available to readers around the world,” the awardee told Phayul.

He was born in Tibet and came into exile at a very young age; he studied at the Tibetan Children’s Village (TCV) School in Dharamshala, and later studied Masters in Journalism at Emerson College in Boston, US. He has written widely through articles and commentaries, and authored numerous titles including Songs from Dewachen (2022), Yak Horns: Notes on Contemporary Tibetan Writing, Music, Film and Politics (2013), and Burning the Sun’s Braids: New Poetry from Tibet (2017).

The 50-year-old writer is also the co-founder of the Tibet Writes publication, an imprint of Black neck Books, based in the exile capital of the Tibetan diaspora. Bhuchung noted that migration among other factors has made it difficult for Tibetans to preserve one’s own mother tongue, resulting in “loss of access to rich corpus of literature available in Tibetan language”.

However, he also believes in the richness of unique experiences faced by Tibetans as much as he does in the task of preservation in exile, “Acquiring a foreign tongue is an added value but it cannot be compared to the loss of one’s mother tongue. But at the same time, accepting the reality, we must engage in the act of translation and writing in whatever language we are gifted with so that our collective narrative expands.” The use of translation, he said, is also vital in focusing on writers from inside Tibet, and “consequently sheds lights on their plight”.