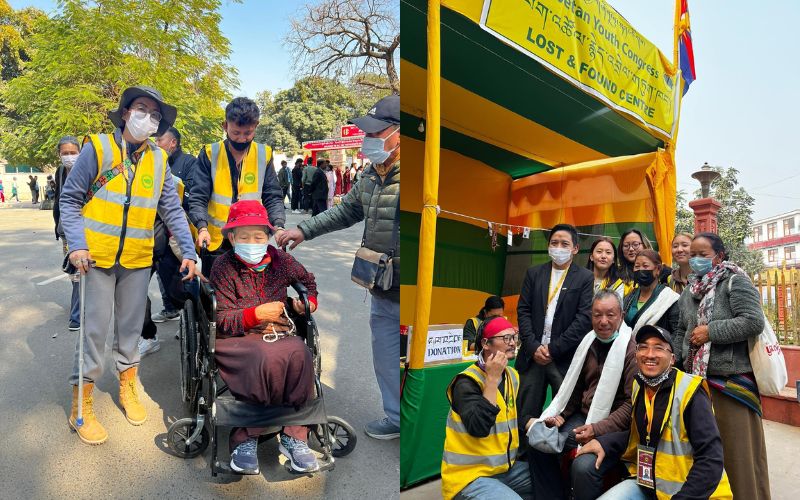 Tibetan Youth Congress (TYC) based in Dharamshala is carrying out social service campaign during teachings of His Holiness the Dalai Lama in Bodhgaya. TYC providing all the necessary help to all the devotees whenever required.

On December 22, Tibetan Youth Congress social service volunteers welcomed His Holiness the 14th Dalai Lama to Bodhgaya for his teaching, which will take place from December 29 to December 31, 2022.

Tibetan Youth Congress volunteers are also guiding and assisting devotees at Gaya's railway station and bus station, particularly the elderly. They offer wheelchairs to elderly people who have difficulty walking.

The Tibetan Youth Congress (TYC) is a worldwide Organisation of Tibetans united in our common struggle for the restoration of complete independence for the whole of Tibet, which includes the tradition three provinces of U-Tsang, Do-toe, and Do-med. An independent Organisation, with a written constitution and its own plans and programmes, TYC has emerged as the largest and most active non-governmental Organisation of Tibetans in exile. It has more than 30,000 members worldwide.