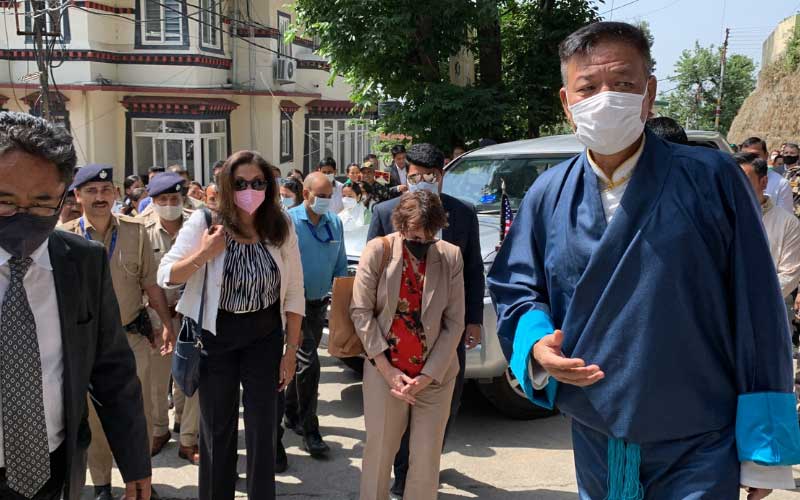 Tibetans in Dharamshala accorded a rousing welcome to the maiden arrival of the U.S. Special Coordinator for Tibet Uzra Zeya

Dharamshala: US Special Coordinator Uzra Zeya arrived at the Central Tibetan Administration on the first leg of her two-day engagements in Dharamshala. The delegation of CTA headed by Sikyong Penpa Tsering led the delegation of the US State Department to the Kashag Secretariat where they will have a brief meeting followed by a tour of offices at Gangchen Kyishong.

During her stay in Dharamshala, Special Coordinator Zeya will also meet His Holiness the Dalai Lama at his residence. A high-level visitation from the US such as this one signifies the latter’s momentous support for the Tibetan issue.

The Special Coordinator’s visit comes shortly after the successful visit to Washington last month by Sikyong Penpa Tsering of the Central Tibetan Administration where the latter met with the U.S. Special Coordinator for Tibet along with House Speaker Nancy Pelosi and other bipartisan members of Congress, and other officials at the State Department.