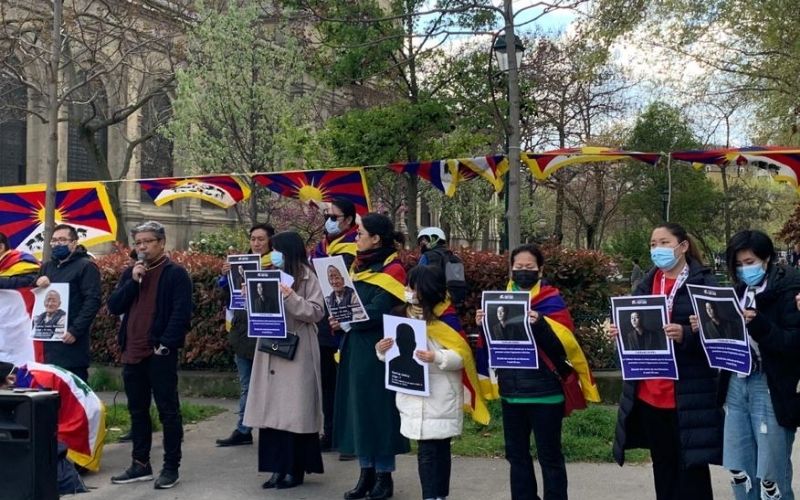 Tibetans in France Protest outside Chinese embassy to demand freedom

Paris: SFT France group along with five other Tibetan associations organized a protest outside the Chinese embassy here on Saturday against three self-immolations that took place in Tibet in the month of March.

The protesters displayed photos of the three Tibetans who had immolated themselves last month to protest against the atrocities of the Chinese Communist Party (CCP), also raising slogans against the Chinese repression of Tibetans.

Dhondup Tsawa, president of SFT-France said during the protest, they had all assembled outside the Chinese Embassy to demand freedom of Tibet from CCP rule.

According to reports, on February 25, a popular singer Tsewang Norbu (25) had self-immolated in front of the Potala Palace in Lhasa. Another Tibetan man had set himself on fire in front of a police station in Kham region in Tibet’s Kyegudo.

On March 27, Taphun, an 81-year-old Tibetan self-immolated for the Tibetan cause in Kirti, Ngaba County. He self-immolated in front of the public security bureau office outside near the Kirti monastery compound which was built in 2008 for the surveillance of the monastery area.

However, with the information blockade in Tibetan areas intensifying in the past few years, it has become increasingly difficult for any news to come out of Tibet.