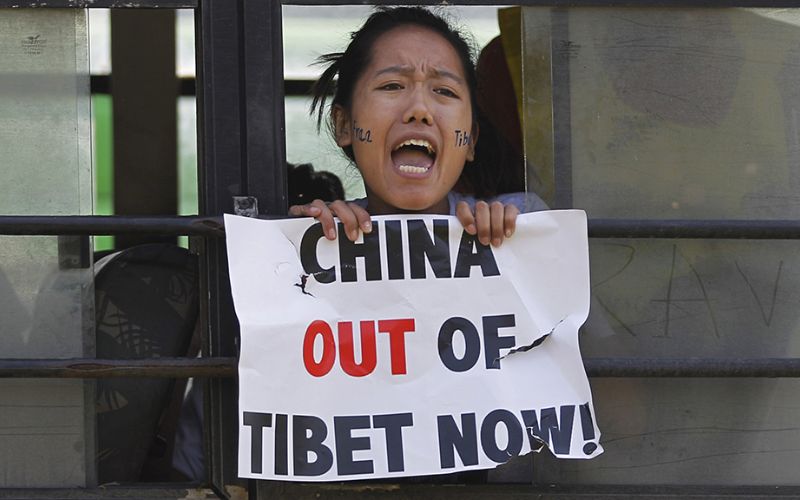 Lhasa: Over the years, the persecution of religion has become worse in Tibet, and Beijing's ongoing persecution of Tibetans is a part of its strategy of completely assimilating the Himalayan territory. Choden Dolma writes in Bitter Winter that the China Buddhist Association, which was founded in the year 1953, recently published a notice titled "Notice on the Boycott of Illegal Missionary Activities by Tibetan Buddhist Monks" in the Guangdong region.

The China Buddhist Association was the primary target of this announcement, which also included invitations to independent Buddhist instructors and Tibetan monks from abroad and historical Tibet. Calling Buddhist teachers reportedly did not sit well with the Communist Party since it suggested the creation of an independent Buddhist circle outside of their control.

Following the publication of the notice, a number of allegations were made that the Tibetan Buddhist monks were humiliating them in every manner possible. They were charged with "participating in numerous acts that contravene national laws and regulations, even promoting separatist activities, which have grown to be a significant hidden threat to social stability and harmony."

Additionally, the letter noted that without government authorization, it is unlawful for Tibetan Buddhist monks to teach Buddhism or even to have disciples. According to the author, it contained threats that anyone who disobeyed the rules of the China Buddhist Association by studying Tibetan Buddhism or engaging in Tibetan Buddhist activities will be dealt with in accordance with the national religion policy.

The CCP also descended to a new low when it asserted that it had complete authority to choose the 14th Dalai Lama's next reincarnation and that any other successor recognised without its approval will not be recognised. Unquestionably, these diverse actions point to a global crackdown. A clear case of cultural genocide has occurred.