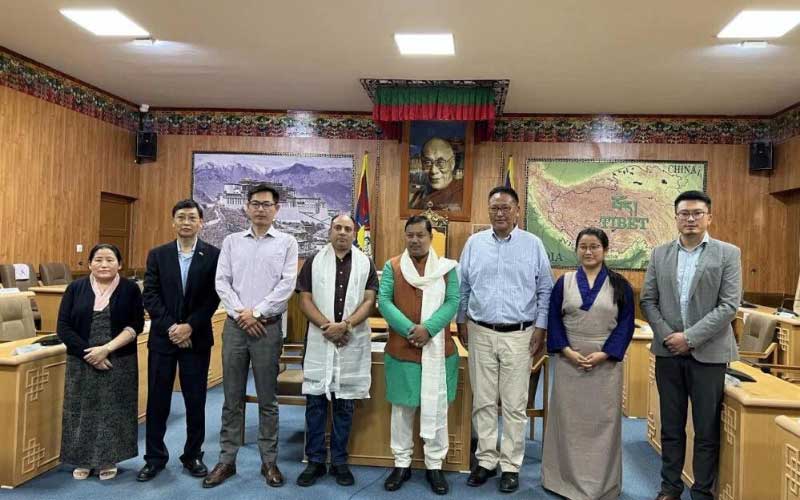 Dharamshala: State Minister of Tripura, Mr. Ram Prasad Paul visited the Tibetan Parliament-in-Exile here, where he was welcomed warmly by the Members of the Standing Committee.

According to the report filed by Tibetan Parliament, he was escorted to the Standing Committee Members’ conference hall where he was introduced profoundly on the commission of Tibetan Parliament-in-Exile and Central Tibetan Administratin’s structure as a whole. He asked the members on the current situation of negotiation between the Sino-Tibetan Conflicts to which, the members explained on the wishes of CTA on the early resumption of such dialogue.

He was later presented with His Holiness the 14th Dalai Lama book: My Land and My People as a souvenir to deepen the relationship between Tibetans and Indians.

This visit was coordinated by Mr. Rishi Walia who is Northern India Regional Convener of Core Group for Tibetan Cause.