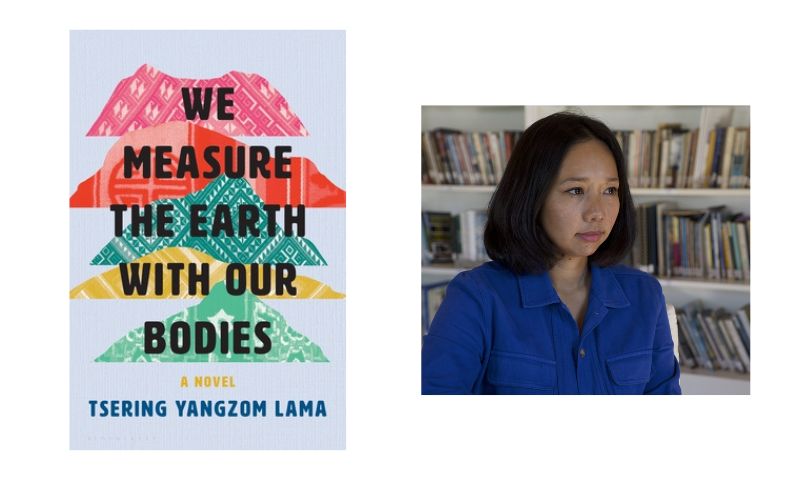 Florida: Tsering Yangzom Lama, author of the novel We Measure the Earth With Our Bodies, published in May 2022 by Bloomsbury was introduced by Tsering Wangmo Dhompa, author of four books, most recently Coming Home to Tibet: A Memoir of Love, Loss and Belonging, published by Shambhala Publications in 2016 in the twenty-second annual roundup of the summer’s best debut fiction by 'Poets and Writers'.

"Tsering Yangzom Lama’s debut novel, We Measure the Earth With Our Bodies, feels like a place I’ve lived all my life, or maybe it’s a place I’ve been waiting to live in. Lama’s novel is groundbreaking, and not just because the anglophone novel is a more recent feature of Tibetan literature", noted the feature.

Lama explores the "underrecognized effects of occupation and exile" in the novel. The title refers to the ancient practice of making a pilgrimage through full-body prostrations, which is still alive among Tibetans. "For Tibetans our land is home to gods and spirits. When we are displaced, or restricted in movement as Tibetans are in Tibet, we experience many forms of violence, including one of spiritual dispossession", adds Lama.

The Tibetan writer was born and raised in Nepal, and has since lived in Canada and the United States.Tsering’s writing has appeared in The Globe and Mail, The Malahat Review, Grain, Kenyon Review, Vela, LaLit, and Himal SouthAsian, as well as the anthologies Old Demons New Deities: 21 Short Stories from Tibet; House of Snow: An Anthology of the Greatest Writing About Nepal; and Brave New Play Rites. She is also a co-founder of LhakarDiaries, a leading English-language blog among Tibetan youth in exile.

Founded in 1970, Poets & Writers is a nonprofit organization serving creative writers with a mission to foster the professional development of poets and writers, to promote communication throughout the literary community, and to help create an environment in which literature can be appreciated by the widest possible public.