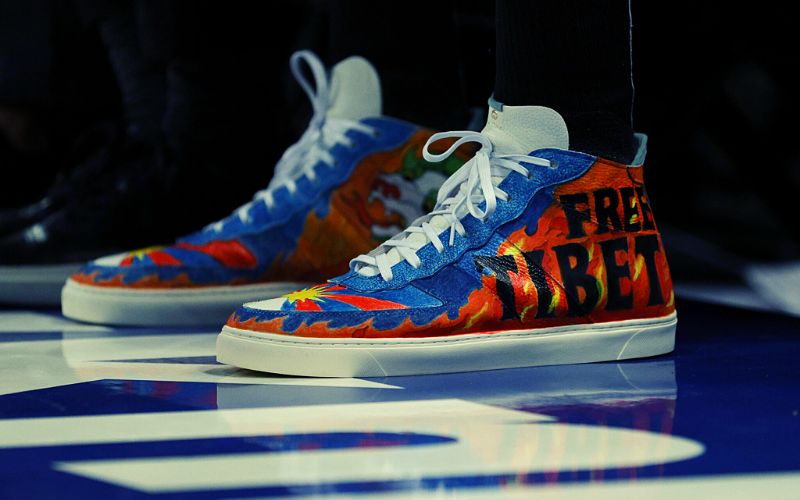 Washington DC: According to a report by Fox News, "Tucker Carlson Tonight" obtained exclusive recordings of NBA officials that suggest the league was trying to tamp down on former Houston Rockets center Enes Kanter Freedom's criticism of the ruling Chinese Communist Party, to stay in Beijing's good graces.

Enes Kanter Freedom, who famously changed his last name in reference to his adopted country of the United States, joined Carlson to react, after damning recordings of figures including the players' association's general counsel surfaced.

In one recording, Ron Klempner, the NBPA lawyer, said he had just spoken with the league's counsel at the time, and that he wanted to have a "conversation about their concern right now is not so much what you are saying off the court but what it is that you're saying on the court when you step onto the court."

Kanter Freedom has worn several NBA-rule-abiding but anti-CCP slogans such as "Free Tibet" and "Slave Labor" – the latter also directed at shoemaker Nike.

Another recording depicted Bill Clinton-linked Milwaukee Bucks owner Marc Lasry explaining how China won't do business with the league if athletes criticize their government, saying at one point "it's business." "China's taken a very aggressive stance, which is ‘if you want to b---h about us, you’re out – which I get it, its business," he said. Kanter Freedom said the recordings prove that China rules the NBA.

"This is the evidence of how a 100% American-made company is run by the Chinese dictatorship," he told host Tucker Carlson. "And wake up America. This is the league that you have been supporting and watching. Enough is enough. And this is unacceptable."

"They are mad because finally, someone from the inside – I played 11 years in this league, I've finally exposed them, and I'm saying it again. Enough is enough," he added.

He noted the NBA, like many other sports leagues, claims to "care about social justice" adding that only lasts until "it affects their money and business."

Kanter Freedom said he is being pressured to retire at the otherwise athletically young age of 30, but told Fox News he will continue to fight for his message and keep seeking a roster spot while "exposing" the league.