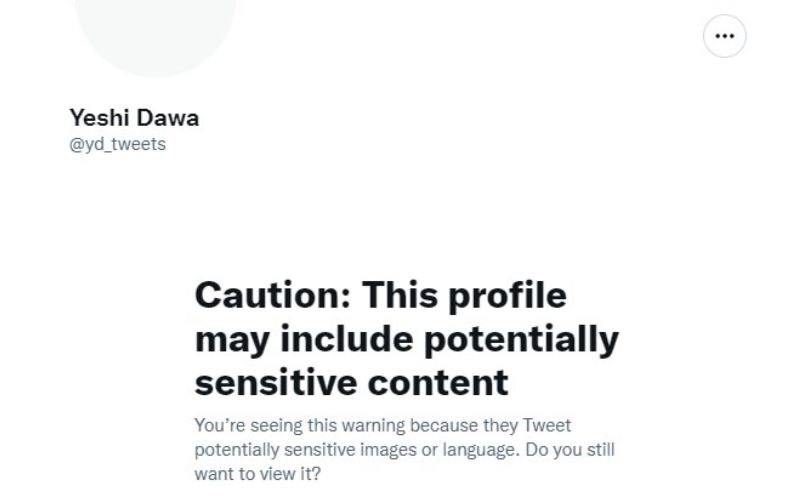 Dharamshala : In what can only be referred to as a serious crackdown on freedom of speech and expression, Twitter is attaching "potentially sensitive content" warning to the profile of Yeshi Dawa, a prominent Tibetan journalist and human rights activist. Dawa, a Tibetan-in-exile, has been widely engaged in activities related to awareness about various social and environmental issues in the Tibetan region all the while opposing Beijing’s oppressive acts in Tibet.

"This is a serious crackdown on my voice in a free country. Can @Twitter tell me what kinds of sensitive contents I tweeted so far?", tweeted Yeshi Dawa.

This is the latest of the many instances where pro-Tibetan figures have been targeted in Twitter. The official Twitter handle of the spokesperson and additional secretary, Department of Information and International Relations for the Central Tibetan Administration [CTA] had mysteriously disappeared on Monday, January 17.

Recently, Microsoft had patched a serious Windows bug that allowed China government-backed hackers, who previously targeted the Tibetan government-in-exile based in Dharamshala, to actively exploit it in Microsoft Office to steal and delete users' data. According to cyber-security firm Proofpoint, the newly-discovered zero-day vulnerability titled 'Follina' in Microsoft Office was being exploited by advanced persistent threat (APT) group 'TA413' linked to the Chinese government.

With His Holiness the 14th Dalai Lama's birthday celebrations approaching Chinese Communist Party has been tightening its hold over Tibetans to prevent any display of support for the exiled hero. Tibetans in exile are preparing to celebrate their hero's 87th birthday on July 6th 2022.