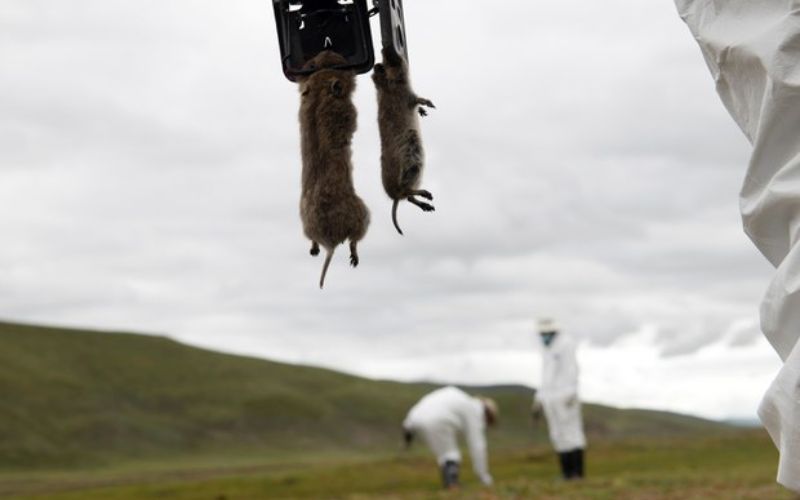 Two Tibetans have died from a pneumonic plague spread by mice and other rodents in a southern county of Tibet, with Chinese authorities now ordering county residents to stay at home, reported Radio Free Asia.

The two victims, who lived in Lhoka city in Lhoka (in Chinese, Shannan) prefecture’s Tsona (Cuona) county, both died in September, a source living in the region told RFA, adding that neither has been publicly identified.

“Moreover, people are not allowed to discuss it,” the source said, requesting anonymity in order to speak freely. “But we have learned that the two individuals had been helping someone else showing symptoms of the plague. “One of them died at a hospital in Tsona county,” the source added.

A strict lockdown is now in force in Tsona, with county residents being told not to leave their homes, the source said. “And Chinese authorities are warning people not to talk openly about this issue, saying they will be charged with spreading rumors if they are caught.”

A Sept. 27 statement by the Disease Control Center of the Tibet Autonomous Region (TAR) and other official Chinese reports have so far confirmed one of the two deaths, saying the individual died on Sept. 25 after developing breathing difficulties and a high fever.

Reached for comment, staff at Tsona county’s Public Office also confirmed one death but declined to provide further details of the plague’s spread or the numbers of people now infected.

“We have been able to contain the rodent plague for now, so if anyone wants to travel to Tsona county they just need to follow the protocols already established to stop the spread of COVID,” the staff member said, also speaking on condition of anonymity.

Official sources on Monday reported 18,501 cases of COVID infection in the TAR, where sources have reported harsh conditions of lockdown including quarantine with inadequate food and medical care and the forced mingling of infected and uninfected persons.

Authorities in China’s Inner Mongolia in April issued a rodent plague warning in the region’s Baotou city, warning residents to keep away from mice and other wild animals, after finding a dead mouse in Baotou, according to an April 3 report in the official Global Times.