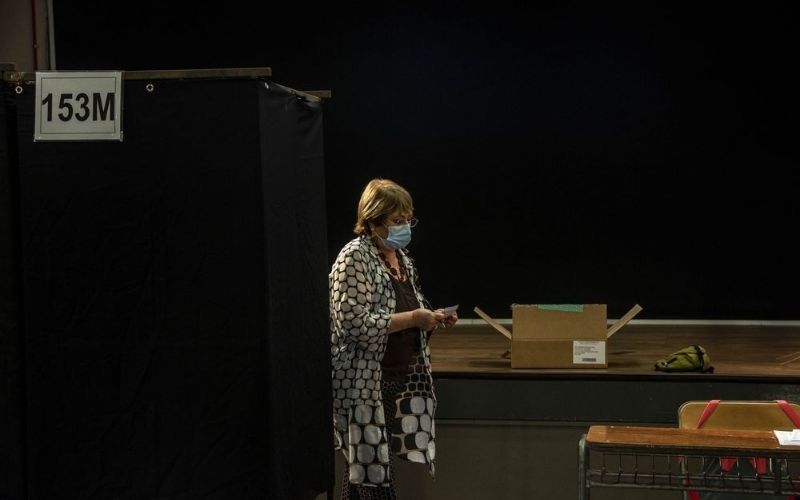 The United Nations issued a “clarification” of its human rights chief’s remarks during a call with President Xi Jinping, in an apparent suggestion Chinese state media mischaracterized her comments.

“In response to widely reported remarks attributed to High Commissioner Bachelet, please find here a link to her actual opening remarks at her meeting with the President of China,” a spokesperson for the office of Michelle Bachelet said in an emailed statement late Wednesday.

Shortly after the video call held earlier that day, state broadcaster China Central Television issued a readout saying Bachelet had told Xi that she admired the “efforts and achievement China has made in the areas of poverty elimination, human rights protection.”

The UN transcript, in contrast, said Bachelet stressed in her opening remarks that human rights must be at the core of “development, peace and security,” and that China had a crucial role to play within multilateral institutions on issues such as inequality. The excerpt contained nothing that could be construed as praising China’s human rights achievements.

The UN didn’t reply to a request for more information about the apparent discrepancy between the two sides’ accounts. When asked about the discrepancy Thursday at a regular press briefing in Beijing, Chinese Foreign Ministry spokesman Wang Wenbin referred reporters to his ministry’s statement on the call, which mirrored CCTV’s readout.

Bachelet’s trip has been criticized for failing to secure guarantees she would have unfettered access to the remote Xinjiang region, where the US accuses China of genocide against the mostly Muslim Uyghur people. US Ambassador Nicholas Burns told Bachelet he had “profound concerns” about attempts by Beijing to manipulate the trip, according to multiple people on a Monday call who asked for anonymity as they weren’t authorized to speak.

Her video meeting with Xi came a day after tens of thousands of apparently hacked files provided new evidence of the alleged abuse of Uyghurs in mass detention camps in Xinjiang. Hacked Data Shows Ethnic Abuse in China’s Xinjiang Camps.

Beijing claims the facilities are vocational training centers to counter religious extremism and bring prosperity to the region, and vehemently denies accusations of genocide, a major source of tension between the world’s two largest economies.