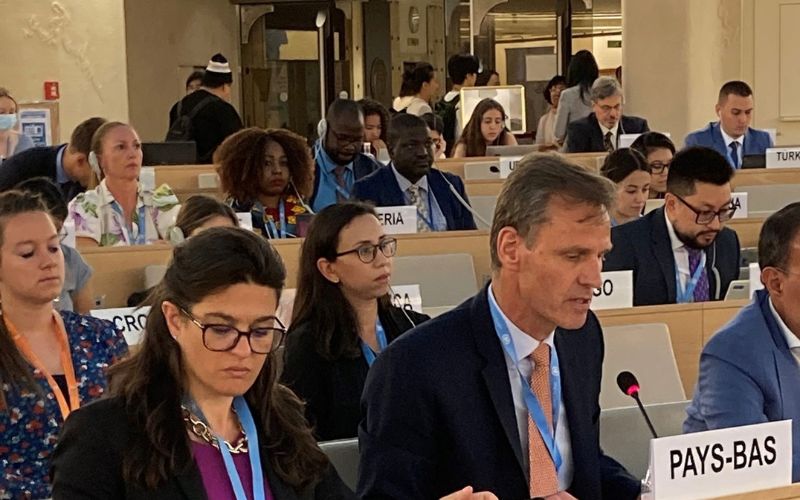 Geneva: On behalf of 47 countries, the Kingdom of the Netherlands delivered a statement at the UN Human Rights Council, expressing grave concerns about the human rights situation in China, especially in Xinjiang.

"We continue to be gravely concerned about the human rights situation in Xinjiang Uyghur Autonomous Region", read the statement. The statement repeated the call on China to urgently address these concerns and implement the CERD’s eight recommendations relating to Xinjiang from August 2018, as well as the concerns raised by numerous Special Procedures since that time, including to end the arbitrary detention of Muslim Uyghurs and persons belonging to  other minorities.

The countries  expressed their grave concern about the deterioration of respect for human rights and fundamental freedoms in Hong Kong and the human rights situation in Tibet. "We urge China to ensure full respect for the rule of law, to comply with obligations under national and international law with regard to the protection of human rights and to ratify the ICCPR", added the statement.

The countries urged the Chinese government to provide meaningful and unfettered access for independent observers to Xinjiang, including Special Procedures. Rcalling Michelle Bachelet's announcement at HRC48 that  UN Office would release a report on human rights in Xinjiang, the countries asked for a timeline for the release of the same.