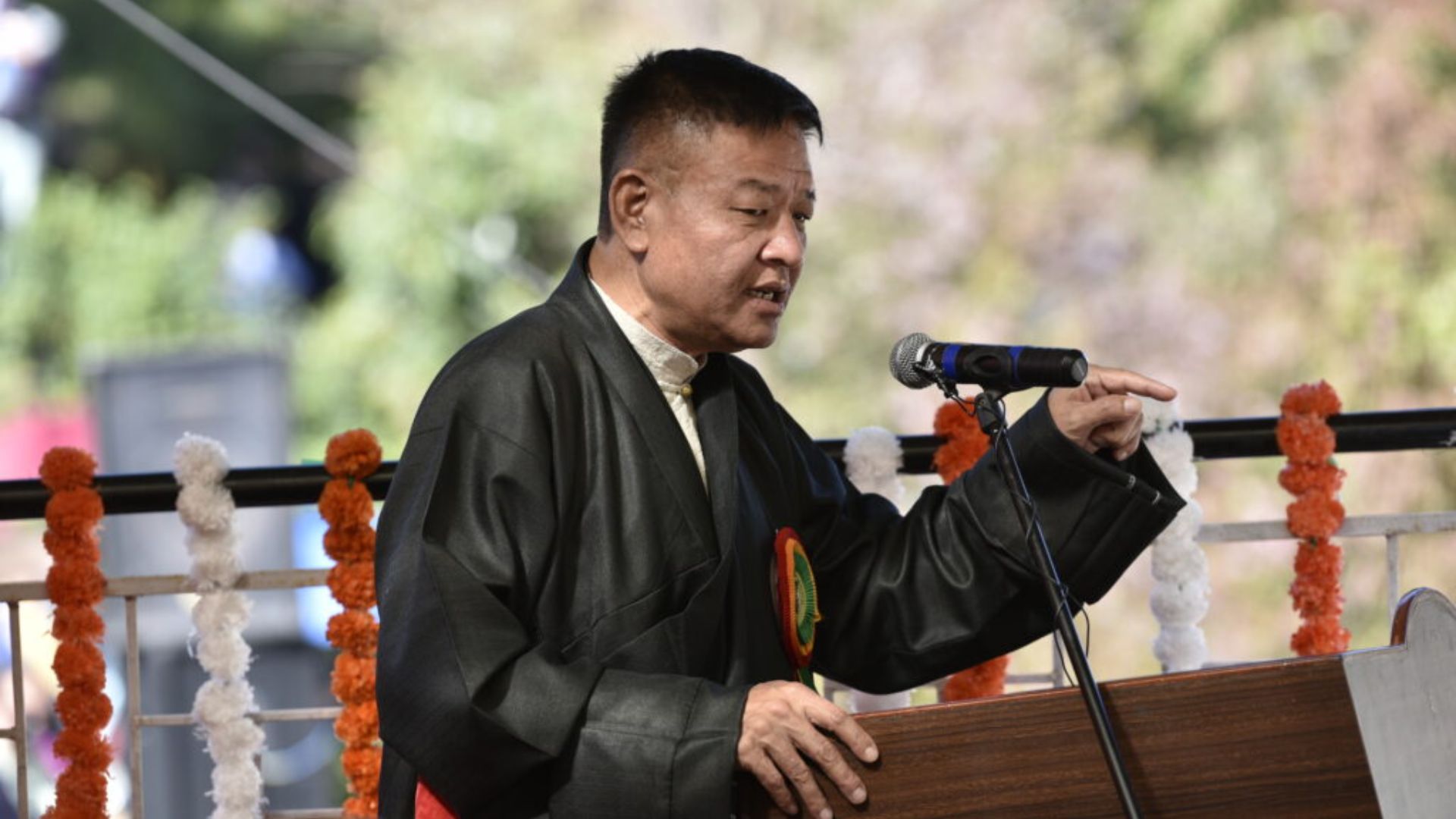 Spectators swarmed along the edges of the school ground to watch the opening ceremony of the march past performed by the TCV students.

Delivering his keynote address, Sikyong Penpa Tsering said, “When His Holiness the Dalai Lama first arrived in India, one of his priorities was to set up separate schools for Tibetan children, which had been possible with the support of the Indian government. Sikyong expressed gratitude to the staff, adding, “It is all thanks to His Holiness’ blessings, support of the host government and hardworking staff today and in the past.”

Sikyong spoke about the precarious situation of the Tibetan language brought about by the Sinicization attempts of China through the admission of Tibetan students into colonial-style boarding schools and the demographic change in the Tibetan community where more Tibetans are migrating to the West where opportunities for speaking Tibetan are diminished. He stressed learning Tibetan history early on, admitting that it was crucial in advocating for the Tibetan cause against the distorted Chinese narrative about Tibet.

Speaker Khenpo Sonam Tenphel, in his address, urged for learning Tibetan well given the opportunity in exile while the same is strictly restricted in Tibet. He expressed his concern for Tibetans in Tibet who are under immense pressure due to the repressive restrictions on their basic freedoms.

Kasur Jetsun Pema credited the success of TCV school to the combined efforts of all the staff from the top to the bottom-most in the hierarchy. Despite no prior knowledge about child care, she took up the responsibility of heading the school when she was called upon to do it. She shared that Democracy, a gift bestowed by His Holiness, was accordingly implemented in selecting the Director of TCV.

“When I look at the progress we have achieved with the school, I am filled with a sense of gratitude and satisfaction,” she added and appealed to more TCV alumni to come forward and donate to the TCV school fund for the welfare of its children.

Kyabje Ling Rinpoche expressed his gratitude to TCV school and shared about his own upbringing in TCV before being recognized as a Rinpoche. He reminded each and every one of their duties as Tibetans, particularly as an exiled community, towards fulfilling the goals as per the advice of His Holiness.

The program featured the launch of Kasur Ama Jetsun Pema’s biography in Tibetan authored by Lekshey Tenpa, followed by a vote of thanks conveyed by Director Tsultrim Dorje of Upper TCV.

The morning programme concluded with students performing calisthenics exercises for the audience.