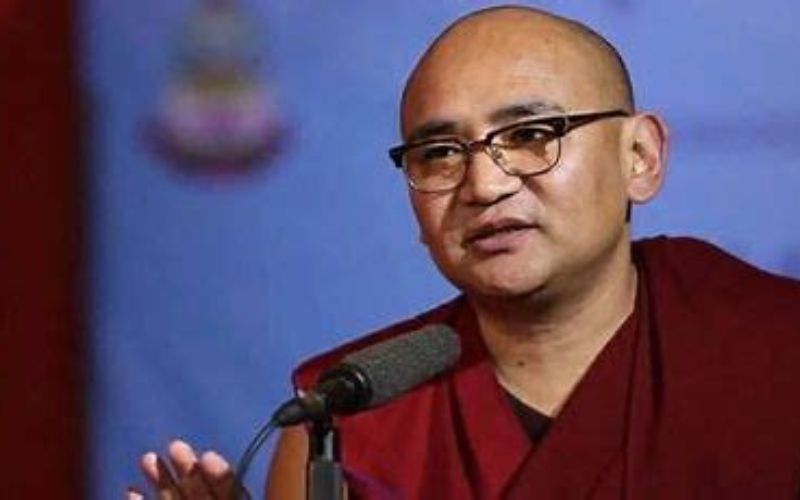 The US Department of State launched the Without Just Cause Political Prisoners Campaign, which included the stories of 16 political prisoners who had been imprisoned for exercising their human rights. These cases stressed the growing authoritarian efforts to silence dissent and suppress basic liberties. Countless political prisoners are subjected to torture, inhumane conditions, enforced disappearance, or other forms of abuse around the world.

Go Sherab Gyatso, a religious philosopher, educator, and monk at the Kirti Monastery in Ngaba Tibetan Autonomous Prefecture, was reportedly sentenced to ten years in prison by the PRC government in November 2021 for peaceful advocacy. He has been detained four times, allegedly for possessing and displaying a Dalai Lama portrait. The US remains concerned about Go Sherab Gyatso's health and urges the PRC to release him immediately and unconditionally.

Go Sherab Gyatso, also known as Gosher, is a prominent Tibetan writer, a passionate educator, and a fiercely outspoken public intellectual. In October 2020, Gosher was detained for the fourth time. He was held in incommunicado detention for over a year before being handed a 10-year prison sentence in a secret trial in December 2021.

In August 2021, the Chinese government issued a response to the Office of the High Commissioner for Human Rights that denied his “enforced disappearance” and stated that Gosher was suspected of “inciting secession.” Unlike other persecuted Tibetan writers and intellectuals from Kham and Amdo, Gosher was arrested in Chengdu (Sichuan) by secret security personnel from the Tibetan Autonomous Region (TAR) and the recent verdict was issued in Lhasa. However, Gosher’s current whereabouts still remain undisclosed.

Gosher is the author of over ten books, which have earned him a large following both inside and outside of Tibet. They bear witness to his outstanding scholarship and influence in Tibetan literary and academic circles. Gosher's works show not only his broad knowledge of Tibetan traditional education, but also his deep interest in the history of science, western philosophy, and modern political theories. Gosher is said to have finished two book manuscripts before his arrest in late 2020, but their whereabouts are unknown.

Families of 16 Political Prisoners yearn to be reunited with their imprisoned loved ones. That cannot continue. As a result, the United States has launched the #WithoutJustCause political prisoners’ campaign, building on commitments made at the first Summit for Democracy. From Washington, D.C. to their embassies and consulates around the world.