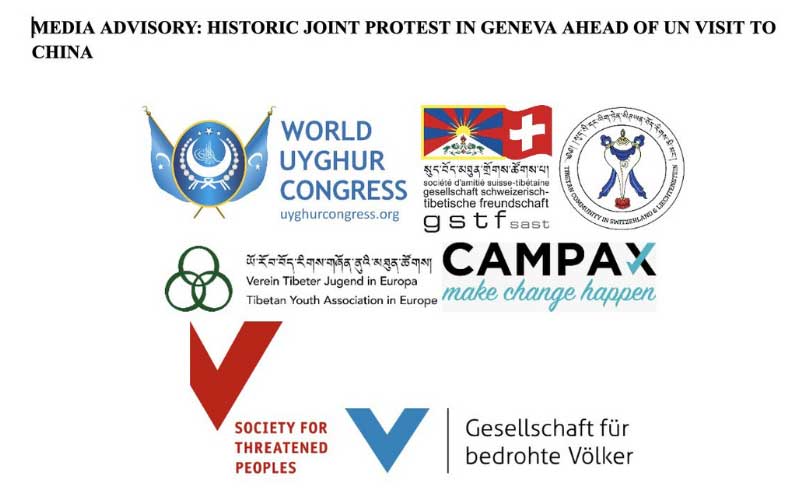 Geneva: On May 13th, over 20 Uyghur, Tibetan and international human rights organizations, will hold a joint protest in Geneva, Switzerland. The participants will call upon the United Nations High Commissioner for Human Rights, Michelle Bachelet, to release without further delay her report on the situation in East Turkistan and consult camps survivors, Uyghur groups, Tibetan and Hong Kong groups in the diaspora ahead of her planned visit to China.

As the High Commissioner and her team are preparing for a visit to East Turkistan, three and a half years after “unfettered access” was requested, Uyghurs, Tibetans, Hong Kongers and other groups remain deeply concerned about the lack of transparency surrounding the terms of the visit, as well as the incomprehensible delay in publishing the High Commissioner’s long-awaited report. Over the past months, several joint letters and statements have called for the release of the report and layed out core preconditions for a credible and independent visit to China. These calls were once again reiterated recently in a letter addressed to Ms. Bachelet by over 60 Uyghur, Tibetan, Hong Konger, and other human rights organisations. Last week, over 200 groups have called for the postponement of the visit, given the High Commissioner’s failure to meet basic conditions prior to the visit.