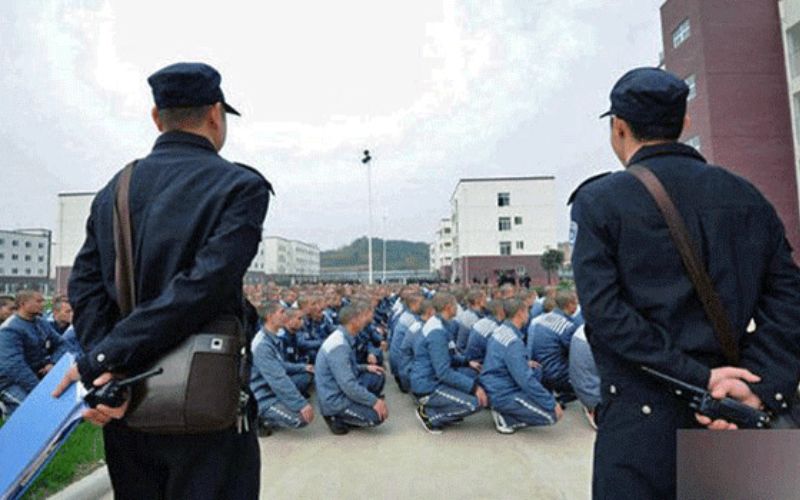 Uyghur prisoners forced to speak in Chinese during virtual visits with relatives: RFA

Xinjiang: According to Radio Free Asia, Uyghurs prisoners in Xinjiang are forced to speak in Mandarin and perform obvious displays of subservience to their Chinese guards in monthly video calls with relatives.

A Uyghur now living in Europe told RFA that her siblings in Sanji Prison in the town of Sanji (in Chinese, Changji) were recently allowed to meet online with other relatives in Aksu (Akesu). Though neither the jailed Uyghurs nor their family members could speak Chinese well, authorities made them communicate in Mandarin for the entire meeting.

“They barely managed to speak in Chinese, according to my relatives who met them onscreen,” the source said. “This is not just an isolated incident.” Chinese authorities have banned the use of the Uyghur language in schools and government complexes as part of their efforts to diminish the culture and traditions of the largely Muslim community.

But Uyghur families still speak their native tongue inside their homes. The prohibition from doing so on the monthly virtual visits adds a level of frustration for family members who are already anxious about their loved ones’ well-being.

Another Uyghur exile living in Turkey told RFA that her nephew, who was serving a sentence in a prison in Urumqi (Wulumuqi), was forced to speak Chinese to his mother and grandmother, though the latter had to rely on another relative to translate because she did not know Mandarin.

“On-screen, my nephew had to bow while walking backward saying goodbye in traditional Chinese fashion,” she added. “He also had kowtow to the Chinese police for giving him the chance to see his relatives onscreen.”