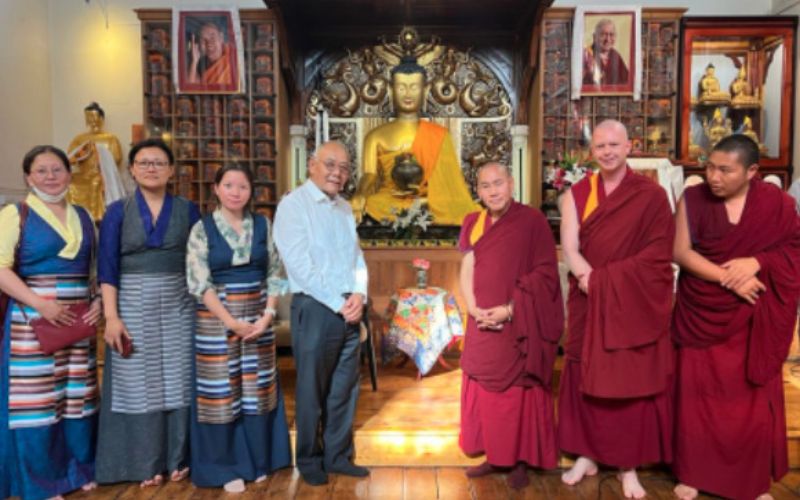 Visitors from a Tibetan advocacy group in London pressure the PRC to release the 11th Panchen Lama.

London: The visiting team, led by Zeekgyab Rinpoche, Abbot of Tashi Lhunpo Monastery, visited the London-based Office of Tibet on Monday as part of their first day of activities in London. Rinpoche conducted media interviews there.

Following the custom of His Holiness the Dalai Lama and numerous other travelling Tibetan Rinpoches before him, they went to the Tibetan Peace Garden in the afternoon at the invitation of the Lelung Dharma Center. Rinpoche blessed the location of the memorial. Tsering Passang of the Lelung Centre conducted a thorough tour of the area while outlining the project's idea, history, and key players. Also crammed in was a quick trip to the Imperial War Museum right next door. After that, Rinpoche and Resident Teacher Geshe Namdak paid a visit to the Jamyang Buddhist Center where they had some stimulating conversations. The Center was shown in private by Geshe Namdak.