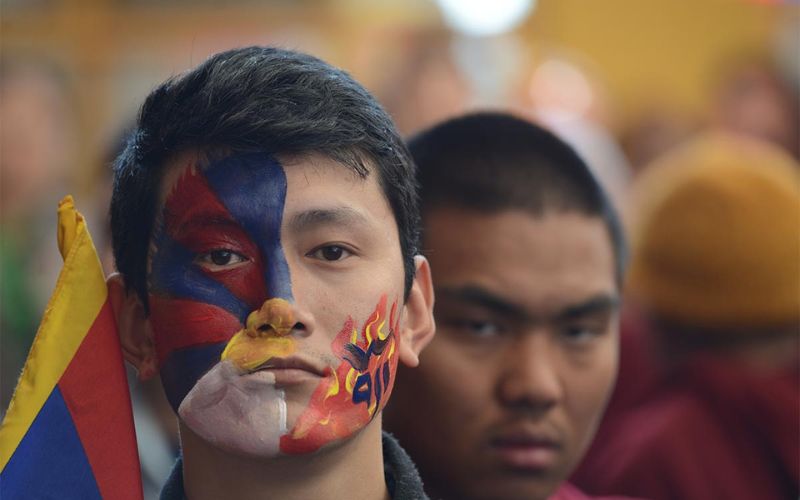 Bedding with Authoritarian Regimes: Is the West losing its Core Principles over Trade and short-term Gains?

The rugged mountains of remote Mustang, near the Nepal-Tibet border, was a perfect base for the voluntary Tibetan guerrilla resistance force in the 1960s and 70s. A tough terrain to make home even today despite some improved infrastructures. Scarcity of food means any supplies including rice and kerosene oil were three-fold or dearer than elsewhere in Nepal due to transportation costs. Caravans of mules and human potters were the only mode of transportation that took weeks to deliver basic supplies from the nearest town of Pokhara.

Limited crops grown in this hidden Buddhist kingdom depended on rainwater. A basic healthcare system was non-existent at the time. Local people resorted to traditional medicine, first-aid and spiritual healings instead of seeking professional modern medical assistance. The nearest hospital was a month’s trek or quicker on horse ride. More so, it was a risky trek with steep cliffs and dry weather storms. One was lucky to meet a passerby even after hours of trek. Needless to mention possible encounters with robbers and wild animals such as leopards. Although limited roads were built in recent years, Upper Mustang was closed to foreign tourists until 1990.

It was precisely for this reason the CIA backed the Tibetan guerrillas to conduct covert-operation from the remote region to gather intelligence and raid into Tibet. For Tibetans it was an attempt to fight back the Communist China but there were limited military hardware supplies from Washington.

After Mao Tsetung’s PLA troops invaded Tibet, His Holiness the 14th Dalai Lama fled into exile in India, in March 1959, where the Tibetan Leader established Tibetan Government-in-exile (aka Central Tibetan Administration). Some 80,000 Tibetan refugees followed their spiritual leader. In addition, thousands of Tibetan refugees fled to the neighbouring countries including Nepal and Bhutan.

My father crossed the Nepal-Tibet border into Dolpo, near Mustang, with his uncle, when he was about 10 years old. Some Khampa fighters tried to recruit him several times at such a young age but on their third attempt he decided to join the Tibetan voluntary force after asking his uncle. Born in the Tibetan Year of Tiger, my father turned 72 earlier this year. His faith and loyalty to the Dalai Lama is unquestionable. He is still a member of the Tibetan Youth Congress, which advocates for Tibetan independence.

During my mother's second pregnancy (with me), she left Mustang after the fate of the Tibetan resistance movement in Mustang had been decided. She had a one-year old son to carry on her back and trekked for a month to reach the nearest town of Pokhara. About six months later, I was born at a temporary refugee shelter, where the family camped for just under a year. My father joined the family after serving 6-months detention in Nepalese prisons with several hundred Tibetan guerrilla fighters. After camping for several months at another temporary shelter, my family was finally resettled at a more permanent Tibetan refugee camp where I grew up.

Thousands of miles away, unknown to the Tibetan resistance fighters, former US Secretary of State, Henry Kissinger, who is probably the number one proponent of the Chinese regime, was secretly courting the Communist leaders in China. Apparently, his multiple secret trips and talks with the Chinese leaders were leading somewhere. After giving Communist China a permanent seat in the UN Security Council (by replacing the Republic of China or Taiwan), the 1972 historic visit by President Richard Nixon to the People’s Republic of China was an important strategic and diplomatic overture with the object of bringing Chairman Mao’s brutal regime into the geo-political scene. This was to gain leverage over relations with the Soviet Union.

Backed by President Bill Clinton, China’s entry into the World Trade Organisation (WTO) hugely benefited the Chinese brutal regime. Despite failing to abide by their pledges and obligations, which the Chinese leaders promised in order to secure entry into the WTO (i.e. improving human rights and religious freedom etc.), the West did not hold China accountable.

China under Xi Jinping has become a serious and strategic threat not only to the US and Europe but to global peace and security. Xi Jinping and his regime have shown their complete disregard, posing serious challenges and undermining western core principles and values such as freedom, democracy and human rights.

In Europe, former German Chancellor Gerhard Schröder, who served in the highest office of Germany, as the Chancellor, from 1998 to 2005, has become a leading advocate for Putin's regime in Europe. Schröder is currently the Chairman of Russian state-owned Rosneft, an energy company and Nord Stream 2 project.

Despite facing calls to "immediately give up his offices and posts in Russia" over allegations of Russian involvement in the poisoning of Alexei Navalny, the former German Chancellor was not interested to listen. Leader of the Green Party Goering-Eckardt in 2020 told the Funke Mediengruppe media company that "Former SPD Chancellor Schröder must now decide whether he is on the side of democracy and human rights."

Germany, which has strong business ties with Russia and China, faces a serious dilemma over short-term trades over core principles.

Meanwhile in the UK, former Chief Secretary to the Treasury Sir Daniel Alexander is vice president and corporate secretary at China’s ‘Asian Infrastructure Investment Bank’ (AIIB). He joined Xi Jinping’s ambitious project after losing his parliamentary seat in the May 2015 general election. It was reported that Danny Alexander was lobbying with the UK government to join the AIIB in 2019.

After becoming part of the Quad, the group of four acted as an inner cabinet: Prime Minister David Cameron, Chancellor George Osborne (Conservative) and Deputy Prime Minister Nick Clegg and Danny Alexander (Liberal Democrats). They famously championed the so-called UK-China “golden-era” relationship during Cameron-Clegg’s coalition government. British police arrested two Tibetan activists and a Chinese dissident, and, later their houses were raided at midnight when the trio were still in police custody. They were simply staging peaceful protests in London during Xi Jinping’s famous UK State Visit in 2015 when he demanded to stay in Buckingham Palace.

As reported in The Independent at the time, Danny Alexander suggested that there was sometimes such a thing as the Treasury view: "George Osborne and I would find ourselves more in agreement with each other than with the other two." When he was the Chancellor, George Osbourne made a controversial trip to China’s occupied Xinjiang (East Turkistan) to boost trade where the brutal Chinese regime was engaging forced labour and genocide of Uyghur Muslims.

For human rights campaigners, such acts of appeasement from western political and business leaders are not only uncalled for but perceived as seriously undermining core principles and values.

Authoritarian regimes eye up potential influential individuals who have served in the government, and their greed for money ploughs straight through principles and moral values. Time and again western core principles and values such as freedom, democracy and human rights are traded over short-term gains, personal, business and trade. Some western leaders play soulless cheap PR for Putin in Russia and Xi Jinping in China, which is a clear sign of approval for all the atrocities committed by these brutal regimes.

In his article titled, "Tibet in the Year of the Tiger", Phuntsog Wangyal, a former Representative of the Dalai Lama, calls on the West to stand up for freedom and democracy. Referring to Mao's description of America as "Paper Tiger'', Wangyal wrote, "The Year of the Tiger is an ideal time for the West to prove that they are real Tigers that could stand up against the Chinese Dragon or the Russian Bear to defend freedom and democracy".

This is now a serious test for the West to decide to continue bedding with the brutal authoritarian regimes for short-term gains or stand up for their own core principles. Freedom, democracy and human rights are at real stake. The West must immediately stop pandering to the brutal regimes in Russia and China.