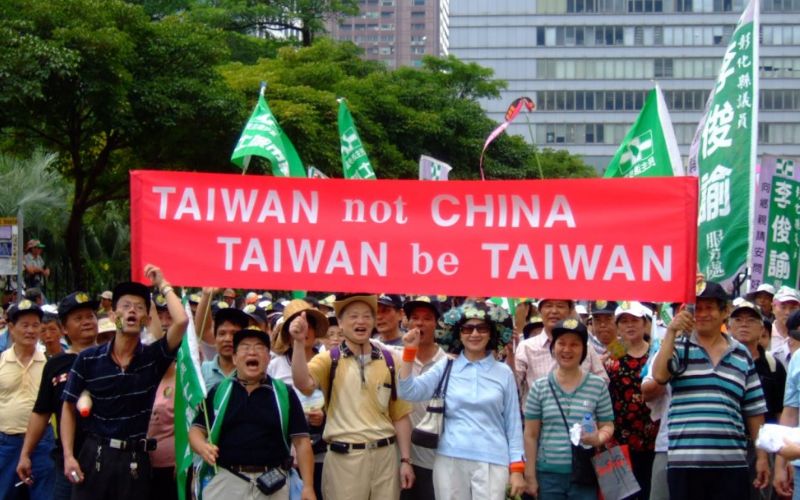 It has only taken a few days for Beijing to come out with another one of its preposterous White Papers that too on Taiwan after a gap of more than 20 years. China, the Taiwan Affairs Office of the State Council and The State Council Information Office in particular has released 3 White paper on Taiwan in the year 1993, 2000 and 2022. All such releases coincided with significant political developments occurring Taiwan. With the latest being a direct response to US speaker Nancy Pelosi’s bold visit to the Island nation. Beijing frequently brings such blatant White Paper on occupied Tibet, East Turkistan (Xinjiang), Southern Mongolia etc. All such White Papers besides having White as a commonality, reeks of propaganda, polemics, hyperbole which are common characteristics seen in an authoritative regime. It has also became an extended arm of the government that consolidates and propagates the One China narrative. Let us now try and understand the purpose of such White Paper and its relevance to Beijing.

Purpose and Purr of the White Papers:

White Papers in governmental terms are generally policy documents that set our proposals for future legislation and governance. But the White Papers by Beijing moves beyond this simple definition as simple is the least thing that China abides by and is more of a self-appraisal, where they simultaneously set their own procedures and narratives in a One China.

The purpose of these White papers are as follows:

However, many people who have been aware of such shenanigans carried out from Beijing tend to view these White Papers as purrs rather than a roar, which the Chinese authorities always claim it to be. The White Paper in that way is also a double-edged sword to China as the bloated numbers brings out the very contradiction and through which one can gauge and seek truth from facts. Hence, that is why even though the proposition and releasing of a White Paper is preposterous in the first place, it also tends to become a hidden boon to those trying to unravel and understand the real China as information itself regardless of its genuineness is hard to come by in the first place, especially from Tibet where media personnel are not allowed.

The White Paper and One China:

One thing that the current People’s Republic of China (PRC) does not compromise on, is the One China principle. They keep it as an agenda that must be followed if any country wishes to seek diplomatic, economic, political and social ties with China and was the genesis of how the rapprochement with US happened in the 1970’s. This One China Principle is a frustrated reaction by the PRC when prior to the 1970’s it did not have the political recognition as it does now and furthermore even the seat and representatives of China be it the United Nations and others international bodies were occupied by the Republic of China (RoC) more commonly known as Taiwan. To get rid of this humiliation which they accomplished with flying colours externally with great success is an understatement, as many in today’s world are not even aware of the above mentioned facts, thereby pinning the fact that they have been able to change the narrative according to their wimps here.

What is the One China Principle? It is a principle stating that there is only one China and is a policy apparatus that completely wants to engulf not only Taiwan, which is the current outlier in China’s ambition but also Tibet, East Turkistan and other occupied groups who does not believe in One China, though the latter through sheer forceful oppression cannot voice their expression and are under the draconian adherence of this One China Principle.

Since, its inception and replacing of Taiwan in international forums, Beijing has constantly been ratcheting up the ante on the One China Principle. Recently after Nancy Pelosi visited Taiwan on 2nd August, 2022 there was a huge campaign on social media and various diplomatic agencies were undertaken to state how almost 80% of the world’s population supported the One China Principle. This clearly illustrates how Beijing keeps this principle close to its hearts and a form through which it is manifested implicitly to the world is through the White Papers.

China continues to bring out White Papers and being an implicit loudspeaker to the One China Principle has helped both immensely that it has formed a unique symbiotic relationship where they both feed of each other yet are able to realise the goals of Beijing. One hopes that people, especially observers of China will be able to shed light in these White Papers as one thing we can all do here is stop China from changing the historical narrative according to their likings through such official documents.