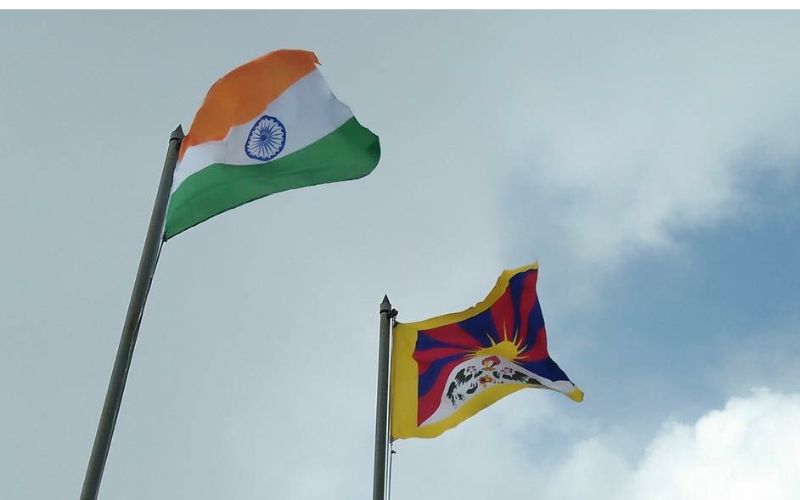 I am a second generation Tibetan born and educated in India, raised with a deep sense of connection to an imagined Tibet, on the memories of my parents and elders, and through the collective celebration of our culture and identity.

I would like to think of myself as a Tibetan Indian, as I feel Indian, as much as a Tibetan. In fact Tibetans born in India would share the same feeling. We cheer for India in competitive games and feel immensely proud when India wins a medal. We are distraught when we hear devastating news of India.

On the occasion of the 75th anniversary of India’s Independence, I would like to acknowledge and deeply appreciate the unwavering support given by the government and people of India to the Tibetans, from the time of escape following the invasion of Tibet by China, to the present day.

Following the Chinese crackdown of March 10, Tibetan National Uprising in 1959, thousands of Tibetans fled the Chinese occupation of Tibet and joined their revered leader His Holiness the Dalai Lama in exile. With warm hospitality and genuine support from the government and people of India, Tibetans were rehabilitated in various parts of India, beginning with the state of Karnataka.

During his first interaction with HH the Dalai Lama,  Pandit Jawaharlal Nehru, the then Prime Minister of India, stressed on making education a priority and mentioned that the future of the Tibetans in India depended on the quality of education given to them. With support from the government of India and under the visionary leadership of His Holiness the Dalai Lama, Tibetan children received opportunities to not only keep pace with modern education but also have an ecosystem to sustain Tibetan language and culture in specifically built Tibetan schools. Currently, there are over 54 schools in India under the Department of Education, Central Tibetan Administration, with over 12,000 students.

In the same year of escape to India in 1959, the Tibetans were able to set up a government in exile. The exile administration has taken gradual steps towards democracy, under the guidance of HH the Dalai Lama, with the workings of the three organs of legislative, executive and judiciary, governed by a Charter adopted in 1991. The Dalai Lama announced his retirement from political leadership in 2011 and paved the way for elected political leadership. Tibetan Parliament in exile, which came into existence on 2 September 1960, now has 45 elected members representing not just the three provinces and five pre-dominant Tibetan religious denominations, including Bon, but also the Tibetan diaspora outside the Indian subcontinent.

Buddhism, the predominant religion of Tibet, has originated in India. Many Buddhist masters from India traversed difficult terrain into Tibet to transmit their knowledge and wisdom.  This ancient Indian tradition and wisdom has been kept alive by the Tibetans.  When the Chinese invaded Tibet, they targeted the monasteries and demolished thousands of them. However, Monasteries that were destroyed in Tibet by China were revived in India.

On a personal note, my parents knew each other, but were not married, when they escaped to India from Tibet. My father was arrested and imprisoned while fighting the Chinese army in the Norbulingkha compound. He managed to escape from prison in 1960, and was among the first batch serving the Tibetan government in exile. He also served as the first Dapon ( Senior most Tibetan political leader) of the Special Frontier Force aka Establishment 22 , a Tibetan paramilitary force set up in 1962, which fought in the Bangladesh war of 1971, and several other wars for India.

This article was originally published in Times of India, dated 14 August 2022.

(Youdon Aukatsang is serving her fourth term as an elected member of the Tibetan Parliament in exile, Central Tibetan Administration (Tibetan government in exile) based in Dharamshala).