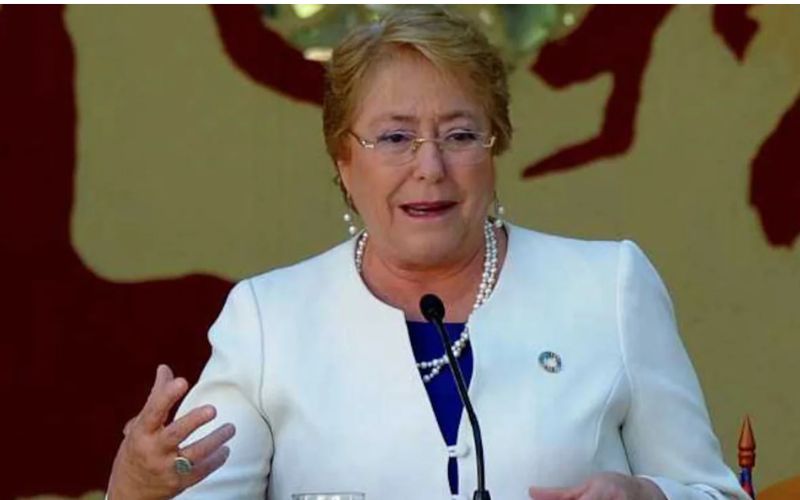 By Tenzin Samphel and Lakshmi P

Michelle Bachelet, the United Nations High Commissioner for Human Rights and head of the office is set to step down after her term ends on August 31st. The last few months of her term have been rattled with accusations of losing opportunities to hold China accountable for its human rights abuses during her China visit and failure to publish the much-awaited report on Xinjiang. Here, we look back at her legacy as the head of the human rights body with respect to Tibet, which, as the title indicates, is uncertain and inconsequential.

The closest the Tibet issue came up for discussion during her term was during her much-anticipated China visit in May 2022. Tibet activists and organizations from various parts of the world urged her to visit Tibet, particularly the colonial boarding schools in Tibet where children are separated from their parents and subjected to propaganda lessons. The Tibetan government-in-exile in India had appealed to the UN High Commissioner to “ensure that the visit to the oppressed regions in China must be credible, substantive and unfettered including a visit to Tibet”. They hoped that Bachelet would question the Chinese Communist Party’s human rights record in Tibet, which it unlawfully occupied and where it continues to exert control.

However, she not only did not visit Tibet, but also did not even raise the issue with the weight it deserves anywhere before, during or after the visit. Bachelet began her controversial visit to China on the anniversary of the infamous 17 Point Agreement that the People’s Republic of China forced on Tibet in 1951, marking its formal annexation. The only mention Tibet found was in the vaguely worded press release that Bachelet released at the end of her visit. At her press conference, Bachelet said: “On the Tibet Autonomous Region, it is important that linguistic, religious and cultural identity of Tibetans be protected and the Tibetan people are allowed to participate fully and freely in decisions about their religious life.” “I discussed education policies in the Tibet Autonomous Region and stressed the importance of children learning in their own language and culture,” she added. This turn of events was not entirely surprising given that Bachelet has effectively been silent throughout the four years of her term as OHCHR.

Bachelet’s Xinjiang visit received criticism from all quarters and was described as a “wasted historic opportunity” as she failed to condemn Chinese policies of mass internment of Uyghur Muslims and Sinicization of religion in the region. Instead of speaking out for protection of human rights of Uyghurs, Bachelet ended up parroting China’s counter-terrorism propaganda and compromised the integrity of the office of United Nations with an avowed aim of protecting human rights globally.

Activists found it outrageous that she used the term ‘vocational education centers’ to refer to the infamous internment camps run by CCP where Uyghurs are subjected to forced labor and gross human rights violations. Both the orchestrated visit and delay in publishing the Xinjiang report have made the world question the relevance, credibility and the vulnerability of an institution like the United Nations to political interference and pressure from CCP. This amounts to betrayal as the Uyghurs continue to suffer.

The awareness about the issue of Tibet and the ongoing crisis in the world’s Rooftop across the world is less. This is mainly because of the tight information blockade maintained by CCP over the flow of information from and to Tibet under its control. Though they allow entry of Han Chinese tourists into Tibet, depend on revenue generated from tourism and portray Tibet, especially Potala Palace as the poster child of Chinese tourism, they deny access to Tibet for foreign journalists, civil society and even Tibetans in exile. Recently, after a series of earthquakes hit areas of Tibet, CCP had imposed an information lockdown and restricted sharing of pictures on social media by the inhabitants. Even when incidents of self-immolation protests are reported from Tibet, getting to know the real information is a task for Tibetans in exile given the Great Firewall and tight surveillance maintained in the region. These are issues that need to be spoken about by world leaders and Michelle Bachelet, as the head of the top human rights body, had the authority, opportunity and responsibility to make Tibet a talking point, but she chose not to make any honest attempt.

Her own experience and travails as a refugee are aspects Bachelet has always emphasized on; something she touched upon in her final press conference as well (Tibet was not mentioned here too). It is sad and ironic that she chose to ignore the plight of Tibetans who are being forced to live as refugees in their own homeland. However, when the world is beginning to question its trust in the role of the United Nations in these times, the world democracies should come together and try to counter the extent of influence China holds in influencing such august bodies.