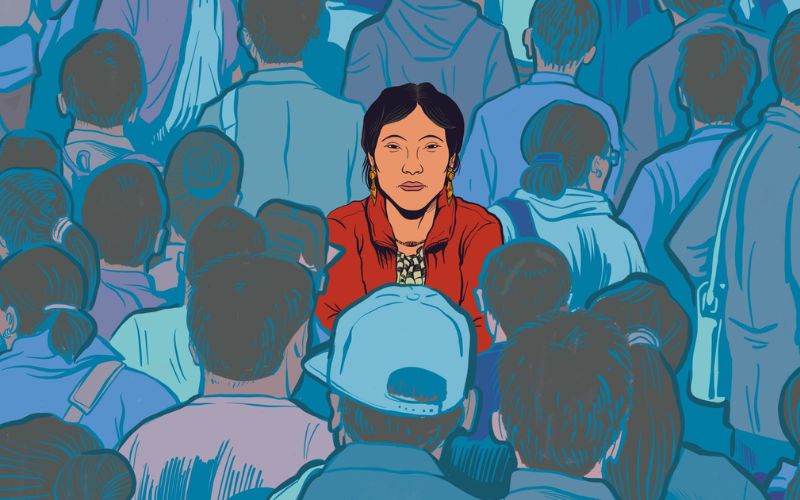 As we mark World Refugee Day today, there are many parts of the world which require our attention. We think most immediately of the 13 million people in Ukraine who have fled their homes as a consequence of Vladimir Putin’s war – approximately five million leaving the country and another eight million internally displaced within Ukraine. We think of an almost identical number of people displaced in Syria. We think of the more than one million people displaced in Myanmar since the military coup last year. And we think of those fleeing the Chinese Communist Party’s repression – Uyghurs, Falun Gong practitioners, Christians, Chinese dissidents and Hong Kongers. Amidst the world’s many challenges, there is one place which is in danger of being forgotten – and which we must not forget: Tibet.

For many years Tibet was a cause celebre, brought to the world’s attention both by the courageous efforts of His Holiness the Dalai Lama and with the support of celebrities like Richard Gere, Brad Pitt and the Beastie Boys. The film Seven Years In Tibet did a lot to keep Tibet’s plight in the public consciousness. The Dalai Lama’s world tours, public lectures and meetings with Presidents, Prime Ministers and Popes helped keep the situation on the global agenda.

In recent years, however, several factors have combined to overshadow Tibet as a cause.

The first is the growing influence of the Chinese Communist Party regime, and its aggressive use of it. In Hollywood and Wall Street, throughout the great universities of the world, in the United Nations and other multilateral organizations and in some corridors of power and some newsrooms and even in the Vatican, Beijing’s tentacles have stretched out to silence its critics. Using a combination of financial coercion and threat, the Chinese regime has ensured that Tibet’s champions are sidelined. Pope Francis is the first pontiff in recent times not to meet the Dalai Lama.

The second factor is that His Holiness the Dalai Lama is no longer able to travel abroad. Due to his age and health, the 86-year old Tibetan spiritual leader has not travelled outside India since 2018. The Book of Joy – a collection of conversations between the Dalai Lama and South Africa’s Archbishop Desmond Tutu – and the accompanying documentary film – helped keep Tibet in people’s minds, and Parliamentarians around the world continue to do what they can to highlight Tibet, but without His Holiness’ presence on the world stage the issue is declining in focus.

Thirdly, and ironically, attention on China’s human rights record has grown – but Tibet risks being eclipsed by the shocking evidence of genocide of the Uyghurs, the appalling dismantling of Hong Kong’s freedoms and autonomy, accusations of forced organ harvesting and increasing threats to Taiwan. All these issues need attention and it is very welcome that the world is starting to wake up to the Chinese Communist Party’s atrocities, but we must ensure that Tibet is always included and never forgotten when we focus on Beijing’s crimes.

As long ago as in 1959, the year His Holiness fled Tibet and nine years after the Chinese People’s Liberation Army invaded, the International Commission of Jurists published a report which concluded that the invasion and occupation was illegal, and that there was a “prima facie” case of genocide. That should not be forgotten.

My new book The China Nexus: Thirty Years In and Around the Chinese Communist Party’s Tyranny, which will be published in October this year, includes a chapter on Tibet. As part of the research for the chapter, I interviewed several Tibetans who shared their heartbreaking stories with me. I also interviewed several western politicians who are determined to continue championing Tibet, particularly the British Parliamentarians Tim Loughton and Lord Alton,  Canadian former Senator Consiglio Di Nino and the former US Ambassador-at-Large for International Religious Freedom Sam Brownback. I also read multiple human rights reports and various books, including Alexander Norman’s biography of the Dalai Lama and His Holiness’ own autobiography, and had the privilege of interviewing His Holiness for my book. I learned so much, and was drawn further into the Tibetan struggle as a result.

On this World Refugee Day, let us not forget Tibet. Let us ensure that as we focus on the crisis in Ukraine, and think about Myanmar, and remember North Koreans escaping Kim Jong-Un’s tyranny, and campaign to stop the genocide and slavery of the Uyghurs and to free Hong Kong’s political prisoners, we also remember Tibet. After all, the tools of torture, surveillance and repression that are now deployed by Beijing against the Uyghurs and others were first tried and tested against the brave, beautiful people of Tibet.

Lobsang Tseten, a young Tibetan who interpreted for me when I interviewed Nyima Lhamo, whose uncle, Tenzin Delek Rinpoche died in prison, said something very moving to me. After translating Nyima Lhamo’s horrifying story, this young man – born and raised in exile – told me about his aspiration. He said he had “no bigger desire than to be a citizen of a free Tibet, to walk on the streets of Tibet, and – as a football fan – to watch the Tibetan national football team play in the World Cup.” While acknowledging that it was “a far-fetched dream,” nevertheless he said: “I want to sit in a stadium and cheer the Tibetan team. For us, freedom comes in these small forms. I also want to take part in a nation-building process, to elect Tibetan leaders in Tibet.”

His Holiness has said that the barrel of a gun “can be effective only for a short time”. In the end, he believes, “people’s love for truth, justice, freedom and democracy will triumph. No matter what governments do, the human spirit will always prevail.” Let us be guided by that belief, and work continuously for a free Tibet.

Benedict Rogers is a human rights activist and writer. He is the co-founder and Chief Executive of Hong Kong Watch, Senior Analyst for East Asia at the international human rights organisation CSW,co-founder and Deputy Chair of the UK Conservative Party Human Rights Commission, a member of the advisory group of the Inter-Parliamentary Alliance on China (IPAC) and a board member of the Stop Uyghur Genocide Campaign. He is the author of six books, including three books about Myanmar, especially his latest, “Burma: A Nation at the Crossroads”. His new book, “The China Nexus: Thirty Years In and Around the Chinese Communist Party’s Tyranny”, will be published in October by Optimum Publishing International.