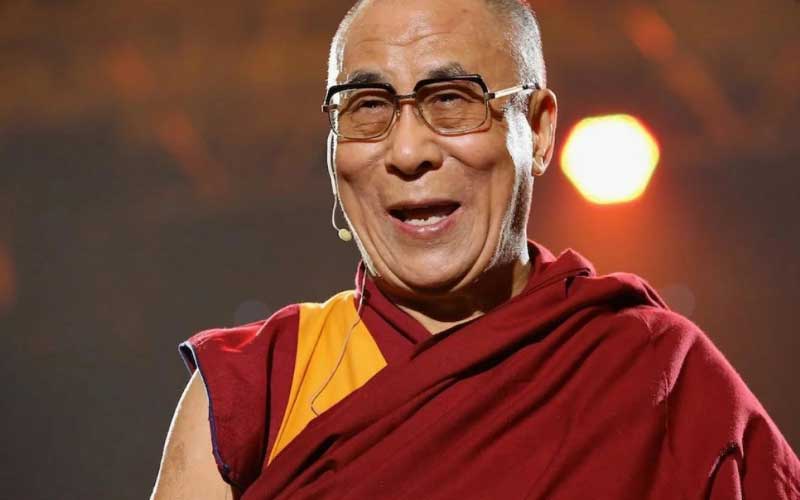 The words Dalai Lama, Buddhism, and peace have become synonymous these days. In a popular television series called “Last Week Tonight with John Oliver”, a British-American comedian and television host asked his American audience to describe the Dalai Lama. He was described in varying words - “peaceful”, “He (Dalai lama) said lots of good quotes about life”, “good man and have lots of respect” and “leader of a peaceful religion”. According to American analytical and advisory company Gallup, he is the sixth most respected person in America.  His continued stature to this day, even after resigning from exile political duties and reigning without a piece of territory to control, speaks volumes about the popularity and attraction Buddhism and the Dalai Lama carry around the world.

Tibetans believe the Dalai Lama to be an incarnation of Avalokitesvara, the Buddha of compassion. He is a successor in the line of reincarnated gurus (tulku), who delayed their enlightenment to help and show the rightful path to people afflicted with suffering and ignorance. The word Dalai is a Mongolian word for ‘ocean’ and Lama is a Tibetan term meaning ‘guru’ or teacher. Dalai Lama is a partial translation of the 3rd Dalai Lama’s name, Sonam Gyatso (Gyatso is a Tibetan word for ‘ocean’) who went to Mongolia in the 16th century, on invitation of Tumut Mongol leader Altan Khan. He is the first individual to be bestowed with the title ‘Dalai Lama’. It was not until 1642, during the reign of 5th Dalai Lama that the office of Dalai lama (Gaden Phodrang) was able to consolidate fragmented kingdoms and became temporal and spiritual leaders of Tibet.

The Tibetan king Song Tsen Gampo ruled over large swathes of Asia. Tributes had come to his court from central Asia, middle east, China and India. He was also the same king who introduced Buddhism into Tibet from India. Tibetan letters and rules of grammar were also introduced during the time of the same king, based on Gupta script prevalent during those times in India. Before Buddhism was introduced in Tibet, there was an indigenous religion called Bon, which enjoyed state patronage and uncontested spiritual authority. During the 33rd king Drisong Duetsen, they had to invite tantric master Padmasambhava from India to tame demonic and evil spirits, who were resisting the building of a Buddhist temple.

Buddhism in Tibet also went through a state of degradation after the schism of the last King. It survived only in the peripheral region of Amdo (the present Dalai Lama comes from the same region). From there Buddhism once again flourished, under different regional kings and smaller dominions. Dalai lama, who heads the Gelug school of Tibetan Buddhism, played an instrumental role in reviving Buddhism.

The current and the 14th Dalai Lama, the 13th Dalai Lama and the 5th Dalai Lama were three of the most important individuals in the lineage of Dalai Lamas whose enormous service to the nation and Buddhism in particular cannot be forgotten. And no Dalai Lama in the history of this line lived like the current Dalai Lama.

The current Dalai Lama said in one of his speeches that Chinese military invasion and his subsequent exile to India brought mayhem and loss of countless of lives, but  it also helped him meet countless ordinary people from various walk of lives, countries and helped him reaffirm his commitment to revive both Buddhism and culture that has been lost to the Chinese invasion. From his first modest foreign trip to Thailand and Japan in 1967, he has now traveled almost all continents inhabited by large populations, preaching compassion and universal responsibility.

The Dalai Lama and Buddhism have played a key role in unifying Tibetans and in creating a pan-Tibetan identity, especially in the aftermath of Chinese atrocities against Tibetans in 1959. Tibetans were once comfortable to identify themselves with provinces, regions and religious sects. Before the Chinese invasion in 1950, religious institutions and monastic orders preferred to identify themselves among different Tibetan Buddhist sects of Nyingma, Kagyu, Sakya, Gelug and Bon; and the laity identified themselves as Amdowa, Toepa, Khampa, Ngari and Tsangpa.  Due to the sacrilege of Buddhism during Chinese cultural revolution and constant vilification and ostracization of the Dalai Lama, the Chinese have created a sense of “otherness” - otherness from Chinese or Han, i.e. Tibetan - among Tibetans.

The current Dalai Lama's respect and moral authority over his followers is unmatched. 157 Tibetans in both Tibet and exile have self immolated in line with the Buddhist doctrine of not hurting others and self-inflicting pain on oneself to draw attention to the waning Tibetan issue on an international platform. Almost all self-immolators were in unison in calling the Chinese government to let His Holiness the 14th Dalai Lama return to Tibet. Many have also called for religious freedom and the right to learn one's own culture and language. To narrate another incident, Tibetans in Tibet burned exotic expensive furs of animals, which were traditionally kept as valued items, after the Dalai Lama, during one of the teachings, called for the safeguarding of animals and the futility of living an immoderate lifestyle.

Perhaps, it would be not wrong to make a passing judgment that a single man, who leads a population (in exile) of just 150,000 Tibetans, has made Tibet a ‘cause of the world’ and spread Buddhism to so many hinterlands across the globe preaching love, compassion, laughter and peace.