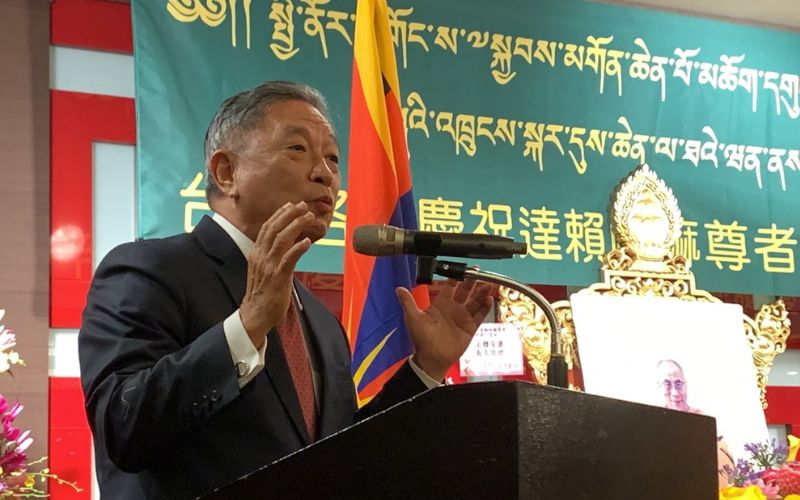 Representatives of the Taiwan government, including the foreign ministry, and Philip Falson, an official of the American Institute in Taiwan, German representative in Taiwan Xu Youge, and Sohag Sen, Vice-Chairman of the Indian Taipei Association attended the event.

A new book titled "20 Collected Works of Dalai Lama" was also released at the event.