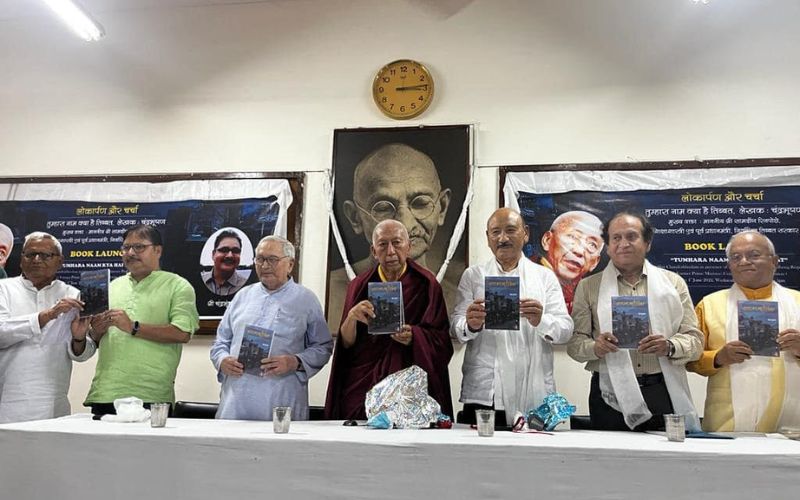 Shri Chandrabhushan, while introducing his book, outlined the manuscripts and blueprints of Chinese Communist Government that have devastated Tibet’s ecological resources, cultural assimilation, and extinction of Tibetan identity since 1949.

He said that being part of the coordinated tour for journalists in 2015 under the Chinese Government, he visited Lhasa, Chengdu and other parts of Tibet. This book is a revelation of contemporary Chinese history, the tale of Tibet’s identity, the failure of Communist China’s newly designed policies, immeasurable damages caused by the growth of China’s Nationalistic approach and India’s compulsion at this stage.

Shri Chandrabhushan shared the realities and emotions of those Tibetans inside Tibet who have kept the flame of Tibet’s freedom unwavering and inextinguishable and their consolidated faith in His Holiness the 14th Dalai Lama and Central Tibetan Administration despite all the draconian efforts of tortures, imprisonment and subjugations.

Addressing the event, Rinpoche offered his sincere greetings and congratulations to Shri Chandrabhushan for his book on Tibet. Stressing the importance of Middle Way Approach, Rinpoche said that most people don’t know the difference between autonomy and independence. He enlightens that autonomy is the language of self-governing and independence is the language of politics. Rinpoche asked the audience to read Gandhiji’s Swaraj vs Independent to understand the Middle Way Approach better.