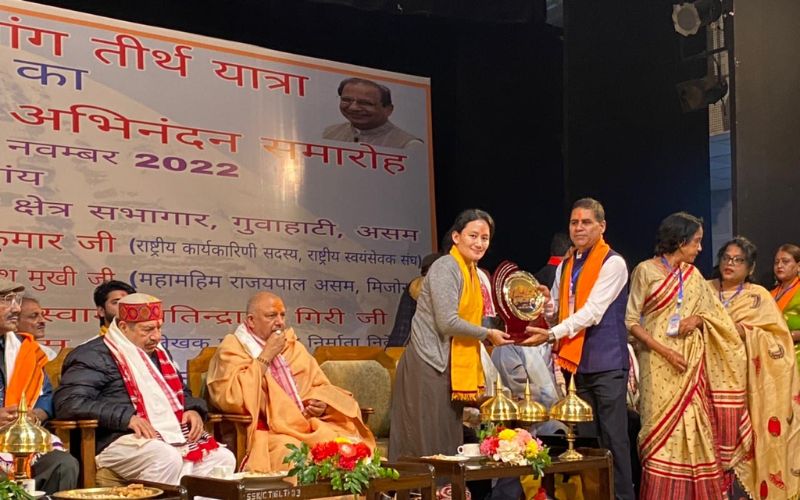 Parliamentarian Tsering Dolma, speaking on behalf of the Tibetan Parliament-in-Exile, extended her greetings to all distinguished guests and participants during the inaugural ceremony of the 11th Tawang Tirth Yatra. She expressed her gratitude to all of India's Tibet supporters who have been supporting Tibet's legitimate cause under the BTSM's leadership. Additionally, she urged India to keep supporting the Tibetan cause.

The member of parliament brought attention to the difficulties that Tibetans who have been left behind in Tibet face, including repressive Chinese policies, religious restriction, language destruction, and environmental destruction, among other things. She also talked about how India and its people have stood behind Tibetans and have given their unwavering support to the issue of Tibet. She likewise talked about self-immolation of Tibetans inside Tibet to fight the abominations forced by the Chinese government upon them and about the 'zero Coronavirus strategy' in Tibet.

The Tawang Tirth Yatra has been one of the major annual events of Bharat Tibbat Sahyog Manch which aims to remind the Communist China that Arunachal Pradesh is an integral part of India and to highlight the illegal occupation of Tibet by the Communist China. Its slogan is Tibbat ki Azadi, Kailash Mansarovar ki Mukti aur Bharat ki Suraksha.

Bharat Tibbat Sahyog Manch has been one of the strongest supporters of the Tibetan cause since its inception on 5th May, 1999 under the leadership of Maaniya Shri Indresh Kumar and Maaniya Shri Sudarshan. The BTSM organized the first Tawang Tirth Yatra in 2012, making this the 11th yatra from Guwahati to Bomdila.