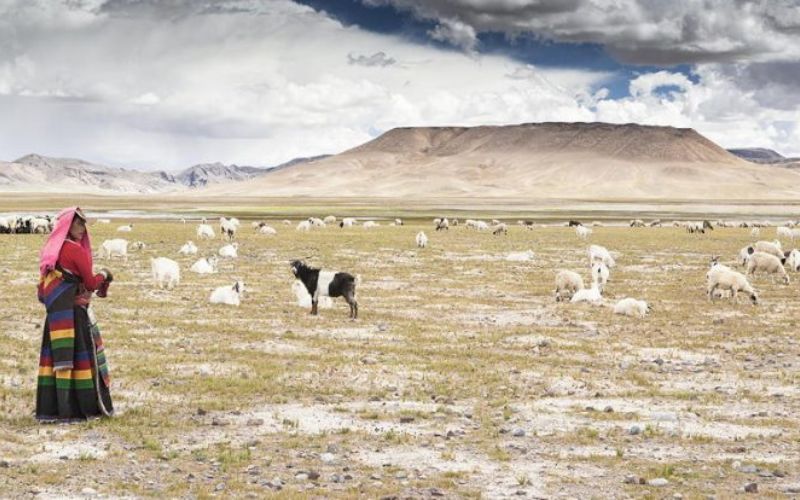 By 2060, irreversible reductions in freshwater storage anticipated in several parts of Asia

The effects of climate change on past and future terrestrial water storage (TWS), which encompasses all above- and below-ground water in the Tibetan Plateau, have reportedly received relatively little attention, despite their significance, noted a recent report.

Michael Mann, distinguished professor of atmospheric science at Penn State, remarked, "The outlook is not good." "We can anticipate a near collapse — that is, a loss of almost 100% — in the amount of water available to downstream regions of the Tibetan Plateau in a "business as usual" scenario in which we fail to effectively reduce fossil fuel burning in the decades to come. I was somewhat aback by how substantial the expected decline is—even in the case of a mild climate policy."

The effects of climate change on past and future terrestrial water storage (TWS), which encompasses all above- and below-ground water in the Tibetan Plateau, have reportedly received relatively little attention, despite their significance.

The water needs of roughly two billion people are largely met by the Tibetan Plateau, according to Di Long, an associate professor of hydrologic engineering at Tsinghua University. "Water availability in this region is greatly influenced by terrestrial water storage, which is also very vulnerable to climate change."

Nearly two billion people live downstream of the Tibetan Plateau, which is referred to as Asia's "water tower" and is a major source of freshwater. By the middle of the century, according to new research led by researchers at Penn State, Tsinghua University, and the University of Texas at Austin, freshwater storage in the region will decline irreversibly due to climate change, resulting in a complete collapse of the water supply for Afghanistan and central Asia and a near-total collapse for Northern India, Kashmir, and Pakistan.