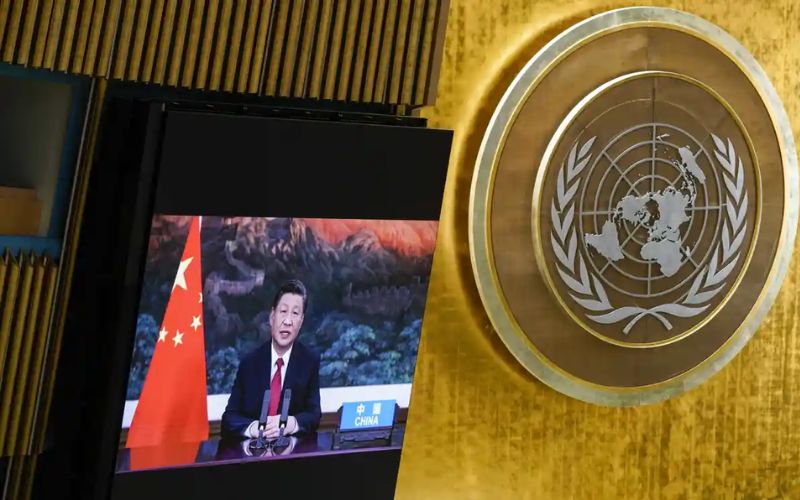 Western powers are weighing the risk of a potential defeat if they table a resolution at the UN Human Rights Council calling for an independent commission to investigate alleged human rights abuses by China in Xinjiang. The issue is a litmus case for Chinese influence at the UN, as well as the willingness of the UN to endorse a worldview that protects individual rights from authoritarian states.

The outgoing UN human rights commissioner, Michelle Bachelet, issued a report on her last day in office – 31 August – claiming there was clear evidence of crimes against humanity committed by China during its suppression of Uyghur Muslims in Xinjiang province. It was the first time the UN made such a serious allegation against China.

The report found evidence of systemic discrimination, mass arbitrary detention, torture, and sexual and gender-based violence. Western leaders, in uncharted waters, are hesitating whether to table a resolution setting up an investigatory mechanism into China at the Human Rights Council (HRC), which started meeting in Geneva last week and runs to 7 October.

Olaf Wientzek, from the Konrad Adenauer Foundation thinktank, said: “If such a resolution were passed it would be a watershed moment for the HRC and increase its credibility. Taking on China would be a first.”

However, China’s diplomats have already been mobilizing, and on Tuesday the Chinese ambassador in Geneva issued a statement, backed by 30 countries, accusing the UN rights office of acting without a mandate and warning of the exaggeration of “an existing trend to western polarization and politicization of human rights”.

The HRC has 47 member states, and only eight of the 30 signatories to the Chinese statement are current voting members, but observers estimate a vote to set up a well-resourced independent mechanism would be very close, with roughly 14 backing the mechanism and between 15 and 18 supporting China’s stance.