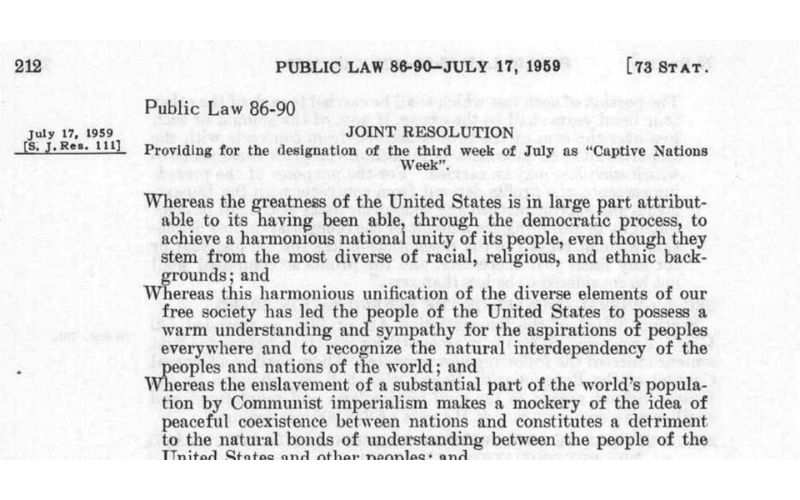 The Captive Nations Week declaration from 1959 is one of many US government documents from before and after China’s invasion of Tibet that list Tibet as separate from China. However, the Chinese government has seized on occasional inconsistencies in US statements to claim that the United States recognizes Tibet as part of China. China has even used these false claims to avoid dialogue with the representatives of the Dalai Lama.