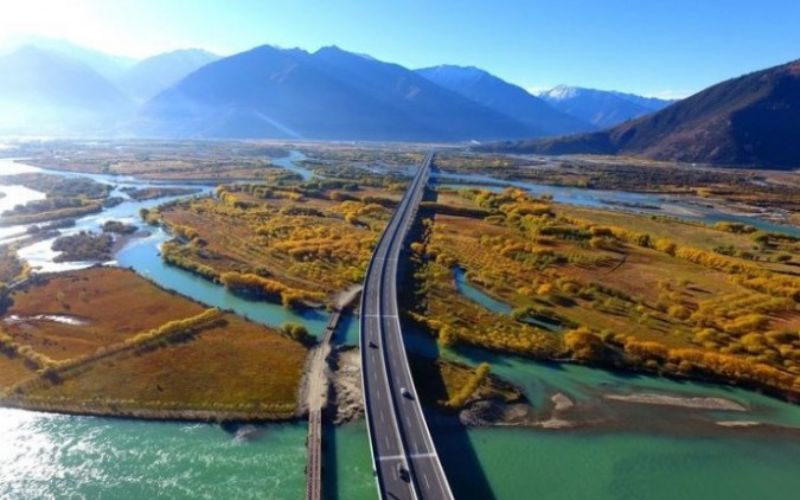 China’s official Xinhua news agency reported on 03 October that it was about to complete building a second highway to its occupied Tibet’s strategic border county of Medog facing the Indian state of Arunachal Pradesh. The new highway passes through the Yarlung Zangbo Grand Canyon, known as the world’s deepest canyon with a maximum depth of 6,009 metres, noted Xinhua news.

The report mentioned construction of the 67.22-km highway began in 2014, as with the first, and it would connect Pad Township in Nyingchi (Tibetan: Nyingtri) city proper and Medog County, both within the prefecture-level city of Nyingtri, observed Tibetan Review.

China is building dual use infrastructure in Tibet to enable the rapid deployment of its forces at strategic locations in any eventuality but at the same time fulfill CCP’s strategy of cultural assimilation of Tibetans. At the same time, CCP projects this as enabling “development” in Tibet.

It said that so far, the construction of the main roads of the highway had been completed, with auxiliary facilities still being fixed. The project has been undertaken by the China Huaneng Group Co, Ltd, one of the five largest state-owned electricity generation enterprises in China, administrated by the State Council, apparently reflecting its strategic importance.

The highway was stated to have been built on the former hiking route between Nyingchi city’s Pad Township and Baibung (Palpung) Township, Medog County, with an altitude difference of up to 2,892 metres between the highest and lowest spots of the road.

The report noted it will be the second significant passageway to Medog, following the first one connecting the county and Zhamog (Tramog) Township, Bomi County, both also within Nyingchi prefecture-city.

The report further said that after the new highway opens to traffic, the road length connecting the city proper of Nyingchi and Medog County will be shortened to 180 km from 346 km, cutting travel time by about eight hours.