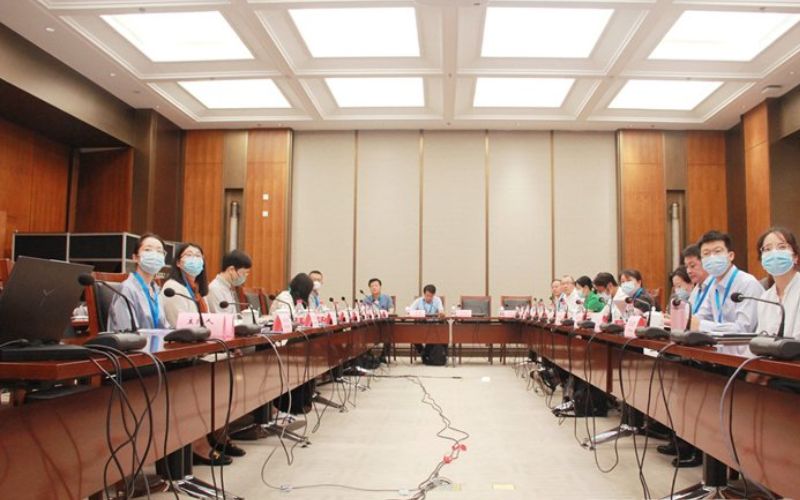 Beijing: Chinese social media reports suggest that the 6th China Tibet Think Tank International Forum and the China Tibetology Forum of 2022 were held in Beijing on the topic ‘High-quality development in China Tibet in the New Era: Sustainability and Sharing’ on August 26, 2022. The event was reportedly held under the aegis of Tibet Think Tank and Institute of Ethnology and Anthropology, Chinese Academy of Social Sciences (CASS). Such forums are part of Chinese Communist Party’s attempt to legitimise its claims over Tibet, which in unlawfully invaded and occupied.

Beijing Tibetology Forums are meetings where, generally, Tibetologists “hold discussions and exchange views on research results in the fields of social and economic development, history, religion, culture, language, and Tibetan medicine”. Such forums are expected “to expand the influence of the unique Tibet culture, promote rapid economic development in Tibet, and improve the material and cultural lives of the Tibetan people”.

China has established institutions like China Tibetology Research Centre, Tibet Academy of Social Sciences and China Association of Preservation and Development of Tibetan Culture which hold such events and seminars attended by scholars and try to assert the false narratives that China peddles. China claims that Tibet has always been part of China, whereas historical documents prove that Tibet has been an independent country with its own flag, army and has signed treaties with other kingdoms. China also claims to have “peacefully liberated” Tibet, which is a distorted view of its invasion of Tibet which forced Dalai Lama, the leader of Tibet, to escape from the region and seek exile in India.

That CCP helped bring ‘High quality development’ in erstwhile undeveloped, poverty-ridden Tibet is a narrative that China wants to highlight even as various reports have suggested that Tibetans are being subjected to gross human rights violations, surveillance and Sinicization. The development of dual-use infrastructure in Tibet is painted as development for the masses, a tactic used by CCP in many other strategic locations.

China-appointed Panchen Lama also was reported to have held panel discussions with experts and scholars from the Tibet Autonomous Regional Academy of Social Sciences and Tibet University, and lecturers from the Tibet Buddhism Academy.

Online seminars are also held and are used as propaganda tools by Chinese Communist Party to legitimate its claims on Tibet and spread disinformation. In an online seminar  hosted by the All-China Journalists Association Beijing on June 22 to discuss the changes in the "Tibet Autonomous Region" in the new era, a researcher with the History Institute of China Tibetology Research Center, reportedly underscored that "under the leadership of the Communist Party of China and with the hard work of resident working teams, Tibet has taken on an entirely new look".