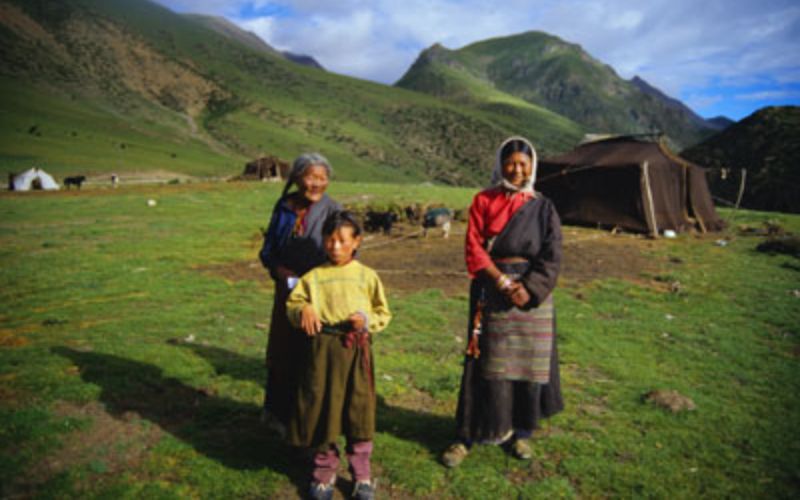 Melt down in Tibet

In what can only be called greenwashing, Chinese media is highlighting the conservation activities underway in Sanjiangyuan area of Tibet, while in reality, concerns about the ecosystem of the region continue and the fate of relocated herders remain uncertain.

Sanjiangyuan is an area of the Tibetan Plateau which contains the headwaters of three great rivers of Asia: The Yellow River, the Yangtze River, and the Mekong River (Lancang River). The name “Sanjiangyuan” means “Source of three rivers.” The Yangtze River is 6,380 km long, the Yellow River is 5,464 km long, and the Mekong River is 4,350 km long. These rivers are three of the longest rivers in Asia and the world. These three rivers are important to the surrounding countries.

The Sanjiangyuan Area covers the southern and eastern parts of Qinghai Province, China, and has an area of about 363,000 km2, 50.4% of Qinghai Province. It is the largest natural reserve in China and the most biodiversity concentrated in the world's high-altitude areas.

According to reports, Sanjiangyuan Area has become threatened by infrastructure construction, growing human activities, and a rapidly changing climate although this high elevation region has a limited human settlement. 20% of mammals with geographic ranges primarily on the Tibetan plateau are listed as Threatened by IUCN (2016), and wetlands have been greatly diminished.

Reports add that after long-term ecological protection, the degradation trend of the three-river source ecosystem has been initially alleviated, but the overall degradation trend of the regional ecological environment has not been fundamentally curbed. The problems of grassland degradation, land desertification, soil erosion, and ice and snow melting are still very prominent. The degradation is caused by infrastructure construction, illegal mining, and growing human activities of poaching, and overgrazing. The ecosystem in Sanjiangyuan is fragile and very sensitive to climate change.

The problems of multiple management and multiple administrations of ecological protection are still serious. Various types of protected areas are repeatedly set up, involving the departments of land, agriculture and animal husbandry, forestry, environmental protection, water conservancy, tourism. and others. Policies, regulations, and standard systems are complex and even contradictory.

The economy and society of the Sanjiangyuan Area are underdeveloped. Traditional animal husbandry is still the main industry, which makes it harder to change the economic development model for the conservation goals. The territory is vast and sparsely populated, which makes it difficult to supervise violations of laws and regulations such as illegal mining or poaching.

The main population of this area is Tibetan, and the protection of local minority customs, history, and culture is also very important. Earlier, all the nomads of this region were forcibly shifted off the same grasslands to make way for mining exploitation. According to Chinese media, after three years’ endeavors, 28,000 herdsmen from 6,156 households relocated from mountains and valleys in the Sanjiangyuan region. This forced relocation of Tibetan nomads continues to this date.