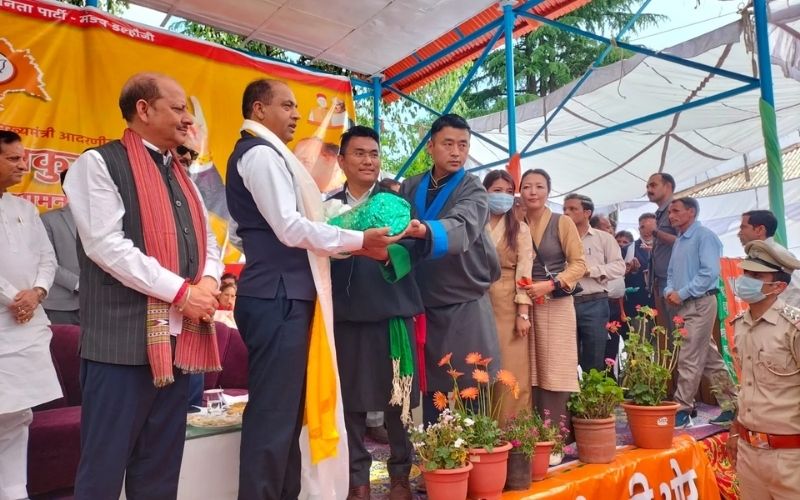 The Tibetan settlement officer and other Tibetan representatives also expressed the Tibetan people’s gratitude to Himachal Pradesh government and people for its hospitality to the Tibetan people and presented a small souvenir to the state dignitaries.