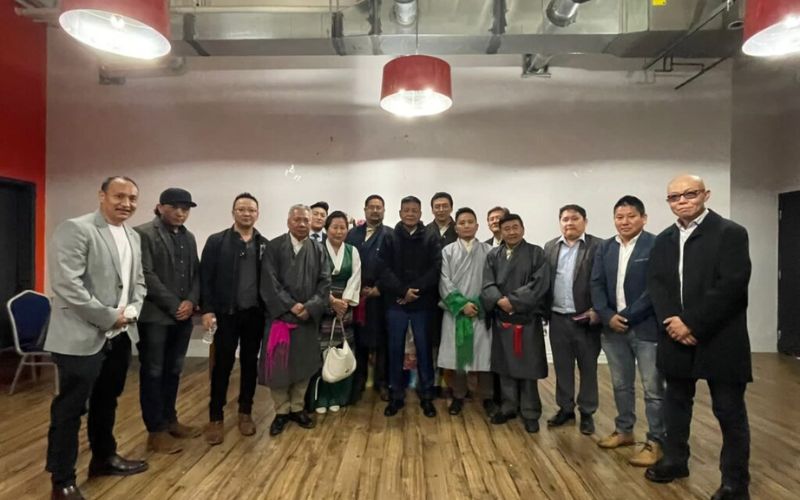 In a public address in Toronto, Sikyong emphasises communal harmony.

Toronto: During his public lecture in Toronto on Saturday, Penpa Tsering promoted communal harmony. As part of his final phase of his North American tour, he paid a visit to the Tibetan community in Toronto.

Sikyong expressed concern in a public address at the Tibetan Canadian Cultural Centre (TCCC) about certain divisive activities arising from regionalism and parochialism that are causing a rift in the Tibetan community, describing such anti-social activities as a serious threat not only to the composition of Tibetan unity but also to the Tibetan cause, as the Chinese government's growing influence is depicted in the Tibetan diaspora in recent times.

Sikyong emphasised rising above petty internal dispute, becoming a self-reliant Tibetan community, and most importantly, being well-informed Tibetans about their true beginnings as a countermeasure to such an immediate threat.

Sikyong spoke about the 16th Kashag's advocacy and development programmes, highlighting the formation of a new Permanent Strategy Committee on August 13 of last year. This new committee, which succeeds the Task Force for Sino-Tibetan Negotiations established in 1998, is made up of senior CTA officials who will brief the Sikyong on Tibet and Tibet-related problems, as well as provide advocacy and strategic planning advice. The formation of the Voluntary Tibet Advocacy Group (V-TAG), another flagship advocacy effort begun by the current Kashag, intends to provide a forum for every Tibetan, especially the youth, to participate in their own way to the broader cause of Tibet. The goal of this project, according to Sikyong, is to address the changing socioeconomic and demographic situations of the Tibetan population.

"In order to successfully curate national-level advocacy, Tibetans in exile must first comprehend the system of governance and establish a good connection with the host country's MPs and government officials."

Other topics discussed during Sikyong's speech included reforms made by his administration to CTA staff rules and regulations, with a focus on his commitment to women's representation in leadership and decision-making, CTA's work in Covid prevention, and the overall welfare of exile Tibetans.

Sikyong met with representatives from 12 Choetsok and 14 Kyidug Tsogpas after his public address. He visited and engaged with Tibetan youngsters in the neighbourhood the next day. Dukten Kyi, the Head of the CTA Advocacy Section, gave an overview of the Voluntary Tibet Advocacy Group (V-TAG) and its goals at the meeting.

Sikyong said his travel to Canada was beneficial in a brief interview with RFA, citing his testimony in the Canadian House of Commons and the cross-party support he received for the Tibetan cause.