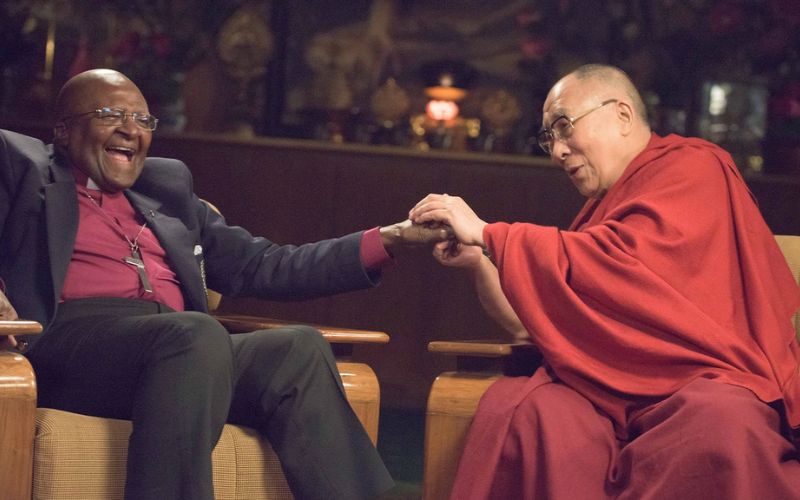 New York: Mission: Joy,” a documentary exploring the remarkable friendship between the late Archbishop Desmond Tutu and the Dalai Lama is to be screened on Saturday, June 18, at 7 p.m. at the Vivekananda Retreat Ridgely, 101 Leggett Road by Movies with Spirit.

The award-winning film, to be screened a month before its nationwide release, focuses on an April 2015 visit the renowned South African Anglican archbishop, anti-apartheid, and human rights activist made to the Dalai Lama’s home in Dharamsala, India, to celebrate the 80th birthday of the Tibetan Buddhist spiritual leader.

Through rare archival footage and animation, the documentary reflects on their personal hardships as well as the burden both men, both Nobel Peace laureates, carry as world leaders dedicated to bringing justice and fighting authoritarianism.

The screening will be followed by a facilitated discussion. Refreshments will be served. Attendees over age 12 are asked to contribute $10 a person.

Details are available at facebook.com/MoviesWithSpirit.