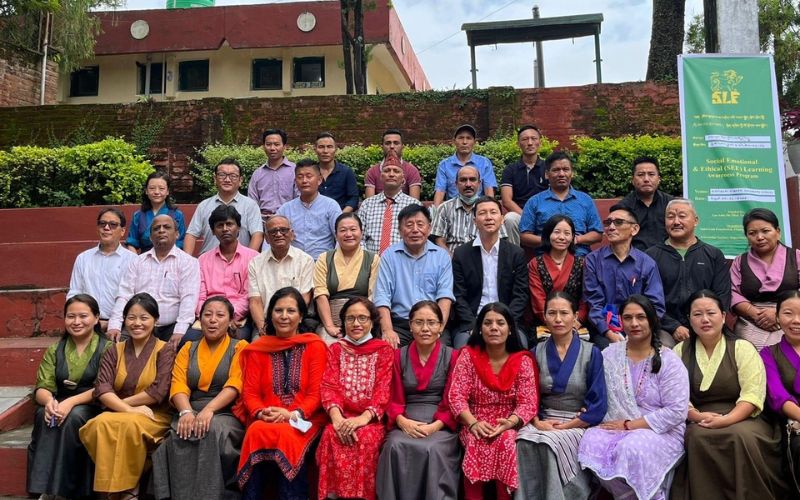 Dharamshala: The Department of Education of the Central Tibetan Administration conducted Social, Emotional and Ethical (SEE) Learning Awareness Workshops for around 180 Tibetan educators and around 220 parents in Nepal from 25 August to 5 September 2022.

On request from the Snow Lion Foundation (SLF), the department directed Additional Secretary Tenzin Pema and Office Assistant Karma Dekyi of the Department of Education to facilitate the SEE learning awareness programme for Tibetan schools in Nepal.

During the workshops, the SLF Executive Secretary Tsering Topgyal informed the participants of the importance and necessity of SEE Learning in schools & society in particular and in today’s world at large, and the SLF Education Officer Tenzin Rabgyal briefed them about the programme and its implementation plan. Headmaster Jampa Sangpo of Songtsen School assisted the facilitators in translating the whole workshop procedure into Nepali for Non-Tibetan teachers.