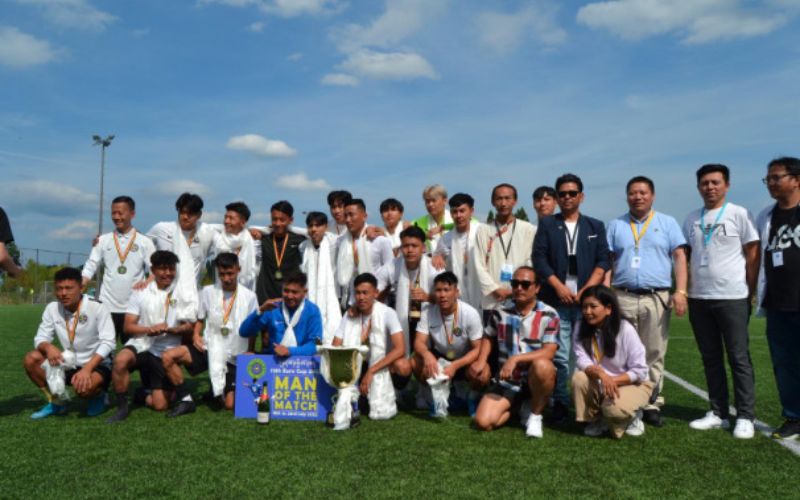 Belgium: The major sporting event in the Tibetan Community of Europe, the 12th edition of the Euro Tibet Cup football competition, began on July 18, 2022, in Deurne, Belgium, close to Antwerpen. This year's event featured a total of 15 teams from Belgium, France, and Switzerland, with France fielding five teams.

The final match of the tournament was played on 23rd July 2022 between Yak Boyz from Paris and Tibet United FC Bern from Swiss. The Tibet United FC Bern defeated the Yak Boyz by 2-1 and clinched the 12th Euro Tibet Cup title with full spirit of sportsmanship this year. Tenzin Rabgye of Pundha United FC was bestowed the golden boot award for his effort of scoring 8 goals in the tournament.

At the tournament's closing ceremony, the principal guest was Secretary Thinley Wangdue from the office of Tibet in Brussels. The awards for the winning team, second-place individual, and other medal winners were presented by Secretary Thinley and Palden Tsering, head of the Tibetan Community Association.

The Regional Tibetan Youth Congress Belgium has been organising the Euro-Tibet Cup tournament since 2008. President of the organisation Thupten Phelgye said, “The tournament was a great success. We’re very grateful to all the players for showing the great spirit of sportsmanship this year, and the amazing support from many people in Antwerpen and other places made our job easier”.