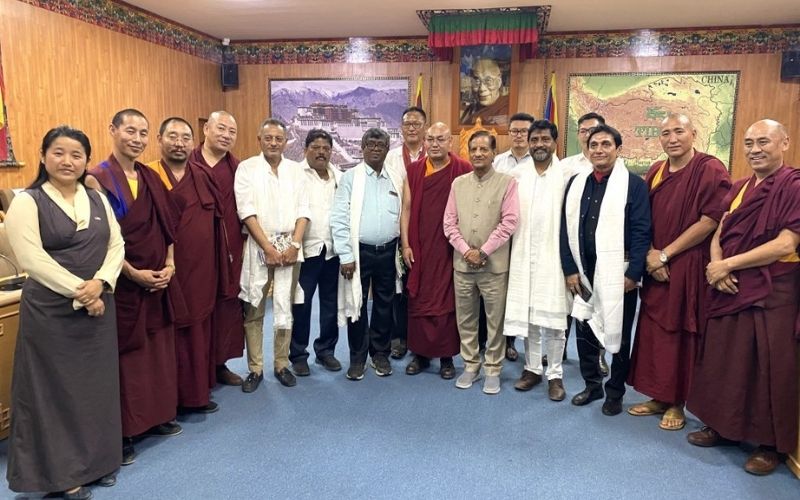 The Speaker went on to say that the Tibetan Parliament is a unicameral body with no political parties that meets twice a year and takes individual positions on the issues that are debated. He also asked Indian MPs to speak out against human rights violations in Tibet, outlining how the Central Tibetan Administration works to address the Tibet issue and advocates for Tibetans living there.

Finally, the Speaker described the books given to the Indian MPs and expressed gratitude for their visit to the Tibetan Parliament in Exile.

Following that, Shri Kishan Kapoor, MP (Lok Sabha), spoke at the gathering and expressed his delight at visiting the TPiE and applauded the meeting of Indian and Tibetan MPs, saying that the Tibetan-Indian relationship is setting an example for the rest of the world to follow. His Holiness the Dalai Lama, who propagated the message of peace over the world, should be awarded with the Bharat Ratna, India's highest civilian award, according to the MP.

Shri Kishan Kapoor, speaking on India's security, described how the problem of Tibet is central to the border conflicts and asked Indian legislators to support the Tibetan cause.

Following that, the Indian legislators participated in an interactive session with Tibetan legislators before viewing the Parliament Hall.