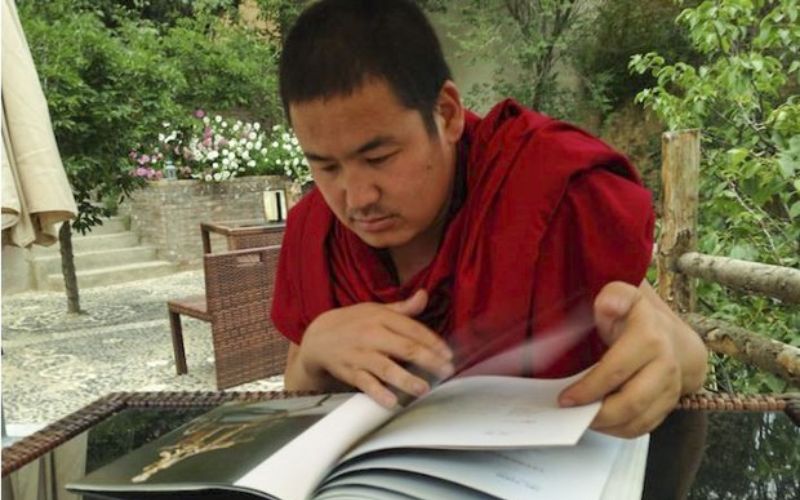 A prominent Tibetan writer reported missing in Qinghai province's Malho (Chinese: Huangnan) prefecture since the beginning of 2021 has been found to have been abducted by Chinese police for initiating a discussion on the Dalai Lama at an informal teashop gathering with other writers, according to Radio Free Asia.

Rongwo Gangkar, author of popular works such as The Knot and An Interview with Gendun Choephel, a collaboration with other writers, was said to have spoken about ways to celebrate the Dalai Lama's birthday and other events at that gathering.

Gangkar had informal discussions on book-related topics with other writers at a tea shop called Muthak in Rebgong (Tongren) county, Malho prefecture, according to an exile Tibetan with knowledge of the incident.

"We don't know if he's been convicted yet, but he's being held in a newly built prison in Rebgong county," he added. Gangkar's exact arrest date is still unknown. He is suspected of being apprehended outside Rongwo Monastery in Rebgong county after returning from the county seat, Rebgong city.

"The Chinese authorities are now closely monitoring this tea shop and prohibiting it from holding any more gatherings and discussions like this," the source said, requesting anonymity to protect his contacts in Rebgong.