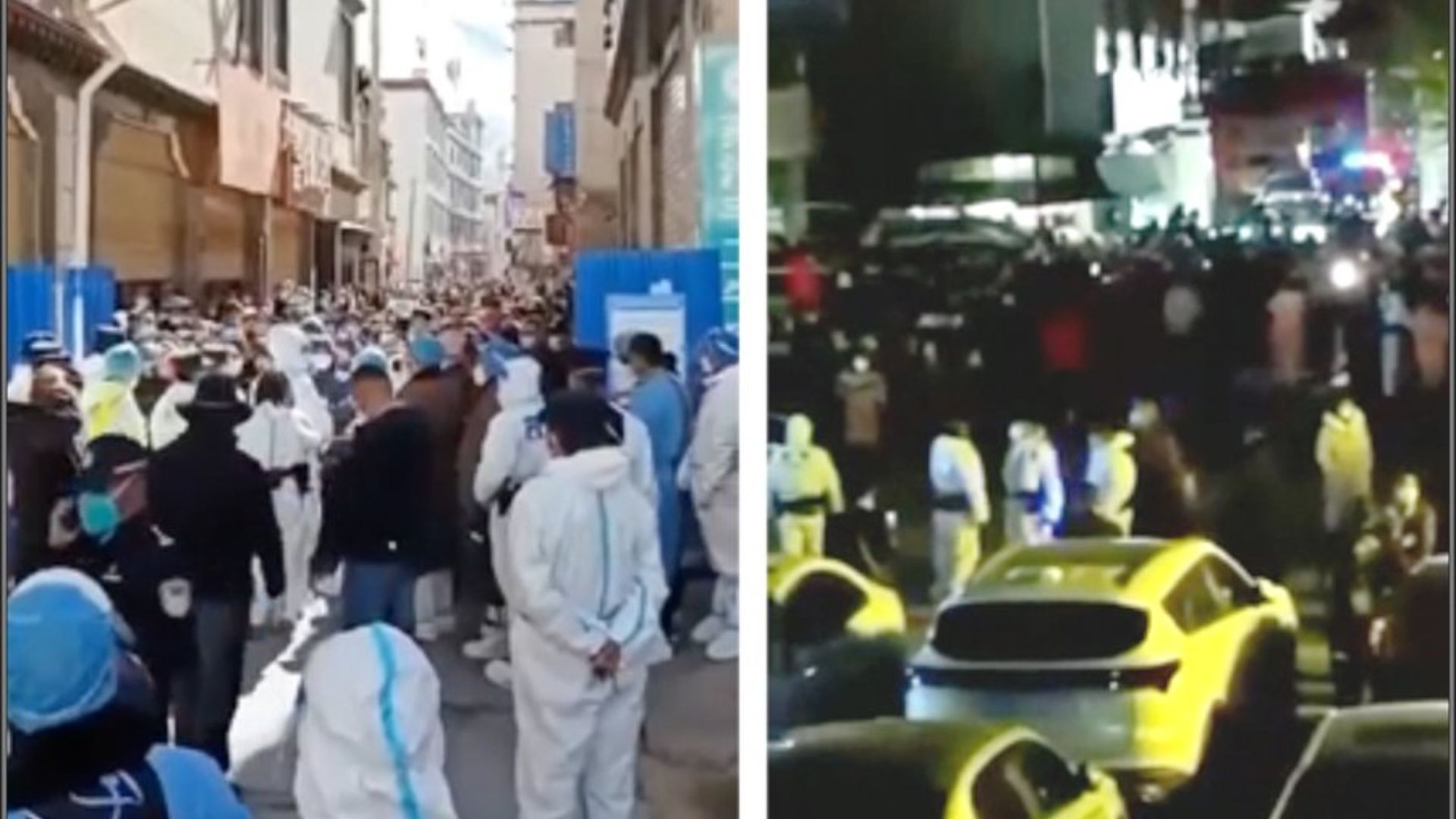 Tibetans detained in Lhasa for COVID protest, no evidence of release

Around 200 residents of Tibet’s capital Lhasa were detained in the wake of massive protests in the city last week against COVID lockdowns that left many restricted to their homes without adequate food or medical care, reported RFA.

The Oct. 26 protest included both Han Chinese and Tibetans living in the city, and was Lhasa’s largest since a 2008 uprising, later crushed by Chinese security forces by Tibetans calling for greater freedoms under Chinese rule.

Chinese authorities have now detained around 200 Lhasa residents in the wake of last week’s protest, RFA learned from Tibetan sources speaking on condition of anonymity to protect their safety.

“Though many of these detainees are of Chinese origin, there are also a number of Tibetans coming from other parts of Tibet and from Chengdu,” one RFA source said, referring to the capital city of western China’s Sichuan province.

“They are currently being held inside buildings owned by development companies inside the Tibet Autonomous Region,” or TAR, the source added.

Also speaking to RFA, a second person said that it has been difficult so far for outside sources to identify the Tibetans currently being held. “But the main allegations against them appear to be that they took a lead role in organizing the protests. Most of them appear to be working-class residents of the city.”

“One of my friends is among those who were detained, and I have no information about what conditions are like for them now or even if they have adequate food,” the source said.

Most of the Han Chinese detained in the protest were later freed and allowed to return home, and though Tibetan detainees were told they would be freed by Oct. 29, there is no evidence that any have been released, he added.

China’s lockdown in Lhasa began in early August as COVID numbers there and throughout China began to climb. Lhasa residents have said on social media that the lockdown order came without leaving them time to prepare, with many left short of food or cut off from medical care.

As of Thursday, 18,667 Tibetans in the TAR have tested positive for COVID according to official Chinese records. Formerly an independent nation, Tibet was invaded and incorporated into China by force more than 70 years ago. Chinese authorities maintain a tight grip on the region, restricting Tibetans’ political activities and peaceful expression of cultural and religious identity.