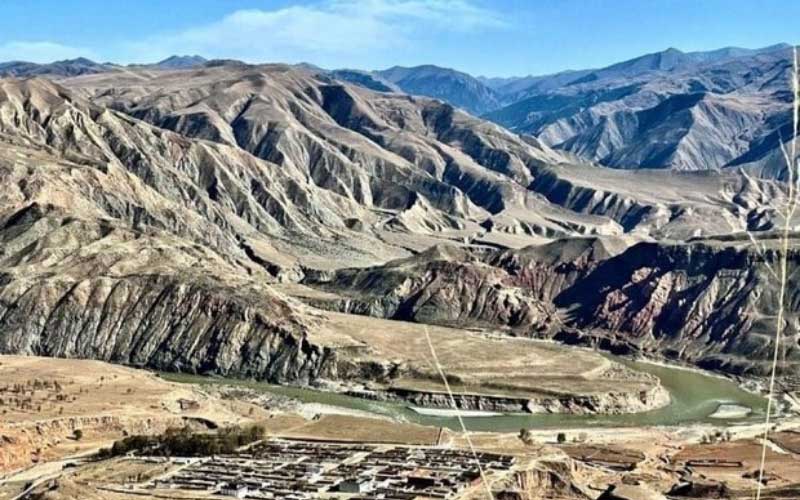 Lhasa: Residents of a Tibetan village in northwestern China’s Qinghai province are being forced from their homes to make way for a government-ordered hydropower station, with monks living in a nearby monastery also told to leave, Tibetan sources say.

Monks at the Atsok Gon Dechen Choekhor Ling monastery in Tsolho (in Chinese, Hainan) Tibetan Autonomous Prefecture have petitioned Chinese officials to rescind the order, a Tibetan resident of the area told RFA this week.

“But the Chinese local supervisor and other authorities have been visiting the Tibetans and warning them to relocate regardless of the cost,” RFA’s source said, speaking on condition of anonymity for security reasons.

“Monks from the monastery are also being summoned for meetings and ordered to agree to relocation,” the report noted.

Construction of the power plant was authorized by the Chinese government, with supervision of the work assigned to a company called Machu after an investigation into the project’s viability concluded in December 2021, RFA’s source said.

Dechen Choekhor Ling monastery was founded in 1889 and is currently home to 157 monks, with monks under the age of 18 forbidden since 2021 by government order to live or study there, sources say.

Chinese development projects in Tibetan areas have led to frequent standoffs with Tibetans who accuse Chinese firms and local officials of improperly seizing land and disrupting the lives of local people.

Many projects result in violent suppression and the detention of project organizers, with intense pressure put on local populations to comply with government wishes.

The Tibetan Centre for Human Rights and Democracy, an NGO based in Dharamsala, India, has reported that China’s development drives in Tibet have pulled the region closer to economic and cultural integration with Beijing.

Projects have failed to benefit the Tibetans themselves, however, with rural Tibetans often moved from traditional grazing lands and into urban areas where the best jobs are held by Han Chinese.