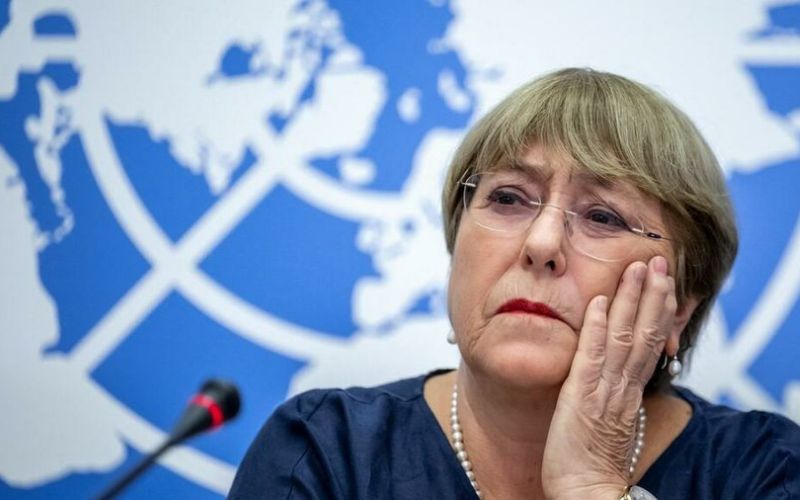 The report itself appears to be bogged down in review, following what's already been months of delay, with Bachelet on Thursday saying her office was "trying" to release it before the end of her term on August 31 as promised in June, but they were still reviewing "substantial input" from China, which she said was granted access to make "factual comments" as per standard procedure.

How impactful that report will be also depends on its contents, Bachelet has already been accused by human rights groups and academic experts of being soft on Beijing after a controversial visit to China earlier this year.

“I had fully intended for it to be released before the end of my mandate,” Bachelet, who is due to step down from her UN role at the end of August, said at a news briefing in Geneva on Thursday. “Now, we have received substantial input from the government that we will need to carefully review as we do every time with any report with any country.”

Bachelet became the first UN human rights chief since 2005 to visit China in May. Her observations from Xinjiang are expected to be reflected in the UN report on the region, where Beijing is alleged to have practiced forced labour and committed genocide against mainly Muslim ethnic Uyghurs.

China regularly denies all such allegations, dismissing them as efforts to smear the country and delay its economic rise. Earlier this month, a UN slavery expert found claims of forced labour in Xinjiang to be “reasonable,” in one of the clearest critiques of Beijing’s alleged abuses from within the body.

The US government and human rights activists and scholars have criticized Bachelet’s visit to China, questioning her ability to get the requisite access to conduct an independent assessment of the situation. The high commissioner later admitted her trip had “limitations,” saying she was unable to meet detained Uyghurs and was accompanied by authorities

I have been under tremendous pressure to publish or not to publish but I will not publish or withhold publication due to any such pressure,” Bachelet said. “I can assure you of that.”

Since she returned from China, Bachelet said the report had been reviewed and those findings had been shared with the Chinese authorities. “That’s the situation,” she added. “We’re trying very hard to do what I promised.’