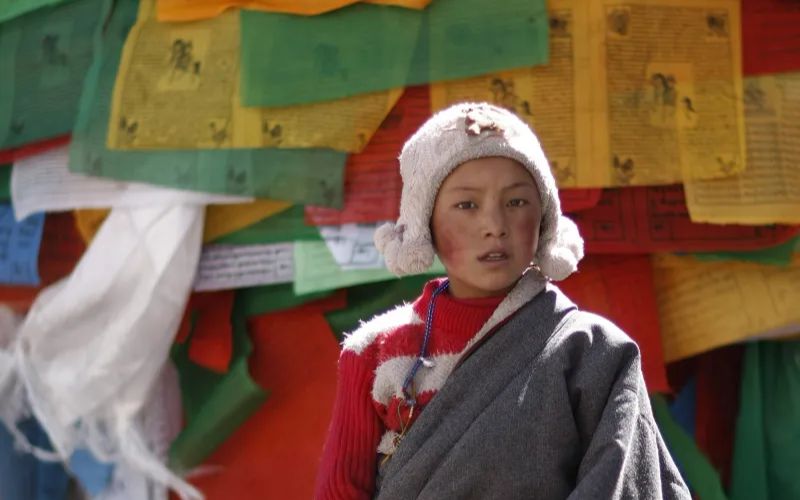 Tibetans in Occupied Tibet: Second-Class Citizens in their own Land

On October 8 2022, a Chinese woman named Liu posted a racist video on WeChat, where she talked about wiping out Tibetans from Lhasa and called for the Chinese to take over it. The Lhasa Public Secretary Bureau agreed to act on this but described it as “inappropriate” remarks rather than racist remarks, hiding the fact of Chinese discrimination/racism towards Tibetans.This was just one of the many instances where the inhumane racial discrimination meted out to Tibetans in occupied Tibet was laid bare.

Currently, Tibet is ruled by the Chinese Communist Party, which denies the basic human rights and the protesting Tibetans who try to practice their religion and culture are attacked. After the invasion of Tibet by China in 1949, the Chinese government forcefully made the representative of Tibet sign the seventeen point agreement in 1951 at Lhasa which gave China sovereignty over Tibet.  After years of scattered protest in different areas of Tibet, a full scale revolt broke out in March 1959 when Chinese government tried to invite His Holiness the Dalai Lama to an assassination disguised as an entertainment performance. His Holiness fled to India shortly after.

Racism or racial discrimination is the belief that some races are inferior than others and the belief that they are not in equal footing with other races, thus nullifying or invalidating them of fundamental human rights and opportunities in social, political and economic fields. This is the fundamental driver behind the Chinese rule over Tibet.

In an attempt to legitimize its claim over Tibet, “Serfs’ Emancipation Day” is celebrated annually by CCP on 28th March in the Tibet Autonomous Region. This is done basically to counter the March 10th Tibetan Uprising Day, which commemorates the 1959 Tibetan peaceful uprising against Communist China's repression in the Tibetan capital of Lhasa. CCP claims that it “liberated” Tibet which was under “serfdom” - “one even darker and more backward than medieval Europe” - during the rule of the Dalai Lamas and went on to “develop” the region.  To this day, CCP relies on the development and GDP narrative to justify its unlawful invasion of Tibet.

Significant measures are implemented to curtail and repress the free practice of religion in Tibet. Tibetans are denied the freedom of religion, though CCP attempts to interfere in the reincarnation process of the Dalai Lama. Over 6000 monasteries have been destroyed from the year 1951 and 1960. The Cultural Revolution by Mao happened in 1966 which aimed to preserve communism by purging capitalist and traditional elements. In 2008, many Tibetans started non-violent protests in Lhasa due to the grave mistreatment of Tibetan people in their own country. The non violent demonstration turned into a clash between Tibetans and Chinese military in which 400 hundred Tibetans were killed and thousands were injured and imprisoned. Till now 1.2 million Tibetans have been killed and countless Tibetans have been imprisoned and gone missing.

Repression in the name of Zero-COVID19

Recently there have been outbreaks of covid in Tibet, especially in Lhasa. China has adopted a zero covid policy, but it is doing more harm than good. According to the Central Tibetan Administration based in Dharamshala, the Tibetans in Tibet are suffering from maltreatment by the Chinese government. They put together hundreds of patients and non-patient in makeup hospitals. Basic needs like food, water are scarce and the conditions of these hospitals are worse than prison. Medical staff and medicine are not adequate for the number of patients there. Many Tibetans were imprisoned after they posted videos of the dire conditions on the internet.

On Sept 18 2022, a Tibetan nomad named Rinchen Dhondup and six others were detained for sharing the poor management and treatment of Tibetan covid patients by the Chinese government. Anonymous leaked video showed a grossly managed quarantine center where sick and healthy Tibetans are forced in one room and they give some patients only one meal a day.

A Tibetan monk named Tseta, was detained for about seven months shortly after Tenzin Sherab, a 33-yr old Tibetan nomad, died of self-immolation in May 2013 in Chumarleb, Tibetan Autonomous Prefecture, in the Tibetan province of Kham. The Chinese government reportedly took Tseta into custody and was severely beaten and tortured for sharing the picture of the self immolation.

Discriminatory CCP policies have forced nomads in Tibet to give up their occupation who are then forced to live in concrete settlements with horrible conditions. The Chinese government takes the part of land where they used to herd and later uses it for their own benefits, essentially leaving Tibetans unemployed and under their control.

Reports have also suggested that the Chinese government has also sterilized countless Tibetan females without their consent. They are taken like prisoners for ''health checkups" where they get abused and later on given an operation with no proper hygiene. Many die and get injured during this.

Discrimination against Tibetans in employment and housing have also been reported. According to International Campaign for Tibet, job advertisements in Tibet have confirmed overt discrimination against Tibetans, who are not even being offered menial, unskilled work in some sectors, or if they are, they are in some instances being offered a wage significantly lower than their Han counterparts. The report also noted that unlike ethnic Chinese, Tibetans are regularly denied passports and the right to travel abroad. There have been instances of hotels denying rooms to Tibetans because of their ethnicity

Self-immolations continue to happen in occupied Tibet. Even though it is an extreme measure, this is the only way to get the world's attention towards the mistreatments of Tibetans by China. The latest one was on March 27, 2022, an 81 year male named Taphun who was from Amdo region. He died after a self immolation protest against Chinese rules, setting himself on fire in the police station in the western part of Sichuan. These self immolations happening in Tibet can be seen as a protest against (in the absence of any other avenue for registering protest) reflections of racial discrimination and mistreatment of Tibetans by the Chinese Communist party.

The United Nations Organization is the symbol of justice throughout the globe. They should reprimand the officials of the Chinese Community Party who are violating the basic rights of humans in Tibet and exploitations of Tibetan in their own country for years. The UN should send representatives of the UN to Tibet to ensure the safety of Tibetans without the Chinese government’s influence on the investigations.

Other countries can also play a key role in highlighting and raising awareness on the situation of Tibet under the Chinese Communist party. Only when the problems and issues are recognized on a large scale will the authorities around the world take action on it.

If the issue of Tibet is solved in a peaceful way by the support from the world, it will be a huge step towards a better future for humankind. Like His Holiness the Dalai Lama asked, “Where will the idea of truth and reality be if we push the truth and facts under the carpet and allow illegal actions to triumph?”.

(Tenzin Tsephel is a graduate student and is interested in Tibetan history.)